China Accords Highest Level Of Protection To Pangolins After COVID-19

Pangolin meat is viewed as a delicacy in China and its scales are commonly used in traditional Chinese medicines to promote lactation and cure impotence resulting in the massive poaching of the mammal. 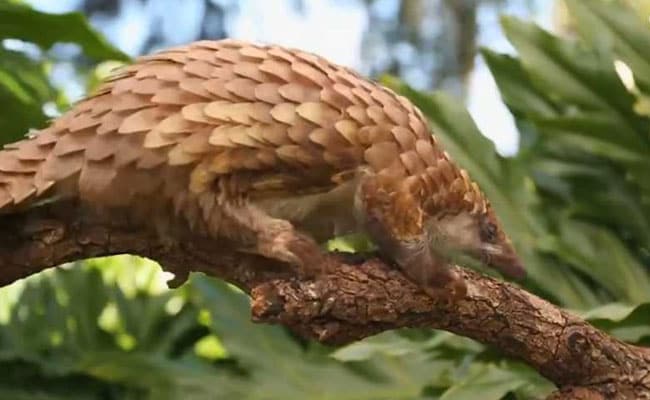 The pangolin is also believed to be the world's most trafficked mammal.

China has upgraded the protection of the pangolin, believed to be the intermediate host of the coronavirus, to that of the first-class protected animals on par with the endangered species like giant pandas.

Pangolin meat is viewed as a delicacy in China and its scales are commonly used in traditional Chinese medicines to promote lactation and cure impotence resulting in the massive poaching of the mammal.

The pangolin is also believed to be the world's most trafficked mammal. About one million pangolins are estimated to have been poached in the last decade, and 20 tonnes of pangolins and their parts are trafficked internationally every year, according to the wildlife trade monitoring network TRAFFIC.

After initially suspecting the snake and the bat for the COVID-19, Chinese scientists believe that the pangolin may be an intermediate host of the novel coronavirus to humans.

The contagion, which has turned into a pandemic resulting in the worst global health crisis, was believed to have been spread from Huanan seafood wholesale market in Wuhan, the virus'' first epicentre which was subsequently closed.

This weekend, China announced to upgrade all species of the pangolin from second-class to first-class protected animals considering their rapidly decreasing numbers due to overhunting and habitat destruction, state-run Global Times reported on Saturday.

The country''s animal protection authority said it will work more to protect and rescue the species with measures which include improving their habitat, cracking down on poaching and trafficking as well as setting up a protection research centre and gene bank for the pangolin.

At present, all the eight existing pangolin species in the world have been listed as endangered species in their respective countries and regions, Sun Quanhui, a scientist from the World Animal Protection, told Global Times on Friday.

Chinese pangolins were widely distributed in 17 provinces in the south of the Yangtze river.

However, a national survey in 2003 showed that the number of Chinese pangolins dropped to about 64,000, and their living area reduced to 11 provinces, the Xinhua news agency reported.

China banned pangolin hunting from the wild in 2007 and in August 2018, it stopped commercial imports of the pangolin and pangolin products completely.

However, their number kept decreasing due to the continuous habitat destruction and insufficient punishment on eating pangolins, the Global Times report said.

In February, China''s top legislature passed a decision amid the COVID-19 pandemic to thoroughly ban the illegal wildlife hunting trade and eliminate bad habits of eating wild animals, which was seen as an important move to crackdown on wildlife poaching, including pangolin.

The upgradation of protection to the pangolin drew mixed reactions on the Chinese social media.

"Please let go of the pangolins, humans have so many things to eat already," a Sina Weibo user wrote.

"It won''t help if we do not completely ban its use in medicine," another one said.

Sun suggested to remove the pangolin from the Chinese Pharmacopoeia and strengthen the protection of wild animals used in medicine.

"There is no scientific evidence in modern medicine to show that pangolin scales have certain therapeutic or health benefits," he said, adding that a large number of herbs and synthetic products can replace the effects of wild animals used in medicine.

Expanding the population through artificial breeding is not an effective way and there are rare successful cases worldwide, Sun said.

"Based on our practice in giant panda protection, protecting habitats, cracking down on poaching and reducing consumption are the most effective ways to protect pangolins," he said.

Sun also called for an international cooperation as the illegal trade of the pangolin has surged in the recent years.