The jet hasn't flown commercially since March 2019 and is still a number of key steps away from being cleared for service by the US Federal Aviation Administration and other regulators. 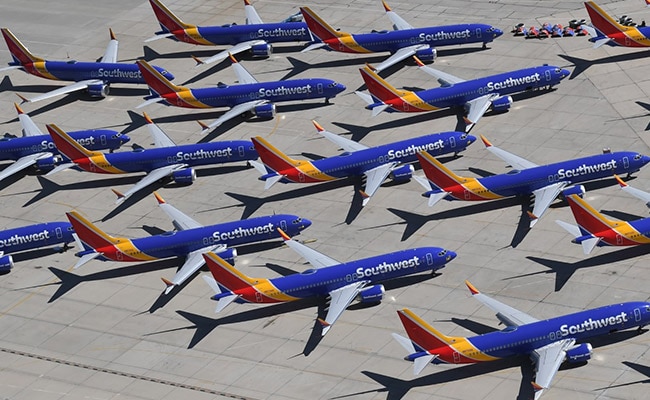 The aerospace giant had shut production in January. (File)

Boeing has resumed production of the 737 MAX at a "low" rate following two deadly crashes that led to the aircraft's global grounding by regulators, the company said Wednesday.

The jet hasn't flown commercially since March 2019 and is still a number of key steps away from being cleared for service by the US Federal Aviation Administration and other regulators.

Boeing said work on the MAX had resumed at the company's Renton, Washington factory as it implements initiatives to enhance workplace safety and product quality.

"We've been on a continuous journey to evolve our production system and make it even stronger," said Walt Odisho, vice president and general manager of the 737 program.

The aerospace giant had shut production in January amid uncertainty over when regulators would clear the jet to fly again.

Even before the hit from the coronavirus, the MAX crisis had cost Boeing billions of dollars in compensation for airlines and production expenses, including the cost to store more than 400 planes that could not be delivered to customers.

Since that time, Boeing's troubles have deepened as its airline customers have been thrust into a fight for survival due to plunging travel demand from coronavirus shutdowns.

Earlier Tuesday, Boeing released details on a downsizing plan to cut total headcount by 10 percent, or roughly 16,000 employees in all.

The company said it approved 5,520 US employees for voluntary layoffs and was notifying another 6,770 staff members that they would be involuntarily let go.