The vaccine stopped an average of 70% of participants from falling ill, an early analysis of the data show. 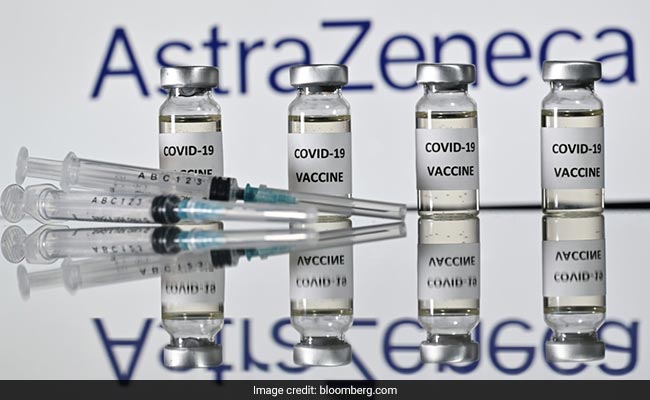 "We are excited to see 90% efficacy from the half dose-full dose regimen," an Astra spokesman said.

A Covid-19 vaccine developed by the University of Oxford and AstraZeneca Plc prevented a majority of people from getting the disease in a large trial, another promising development in the quest to end the pandemic.

The vaccine stopped an average of 70% of participants from falling ill, an early analysis of the data show. That's below the high bar set by Pfizer Inc. and Moderna Inc., but effectiveness rose to 90% for one of two dosing regimes, using half a dose followed by a full one later. The other method showed 62% effectiveness.

"We are excited to see 90% efficacy from the half dose-full dose regimen," an Astra spokesman said. "We see a lot of merit in this regimen and we will now start discussions with regulators into incorporating this dose combination for further clinical investigation."

The findings were reviewed after 131 trial participants contracted Covid-19. Among those who received the vaccine, there were no severe cases of Covid-19 in the trial and no participants were hospitalized.

The differing results of the two regimens may leave questions about the best way to give the AstraZeneca shot. The results also look slightly less promising than data from Moderna, which said its shot stopped 94.5% of trial participants from falling ill, according to early data. Pfizer, which is working with German partner BioNTech SE, said its vaccine candidate prevented 95% of symptomatic infections.

Despite the apparently lower efficacy, the British shot has some advantages when it comes to distribution. While the other two vaccines have to be stored frozen, the Astra-Oxford jab can be kept at refrigerator temperature, which would make it easier to transport and store globally, particularly in lower and middle-income countries. It also comes at a potentially lower cost.

Analysts at Barclays Plc put consensus expectations for what would be deemed a success from AstraZeneca at 70% to 90%, following conversations with investors in Europe and the U.S.

AstraZeneca said it will immediately prepare to submit data to authorities around the world that have a framework in place for early approval. The company said it will seek an emergency use listing from the World Health Organization for an accelerated pathway to vaccine availability in low-income countries.

U.K. Health Secretary Matt Hancock told Sky News on Monday that British regulators will now need to make sure the vaccine is "effective and safe."

"Should all that go well, the bulk of the rollout will be in the new year," Hancock said.

Vaccine developers will not know how long any protection lasts for a number of months as they monitor antibody levels to see how quickly or not they fade. U.K. and European Union regulators are conducting accelerated reviews of the results from both Astra and Pfizer, which has applied for an emergency use authorization in the U.S.

Astra and Oxford have been among the fastest-moving vaccine developers from early on in the pandemic. After years spent working on a vaccine against Covid's relation Middle East Respiratory Syndrome, Oxford's scientists had an advantage that allowed them to move quickly to create a shot