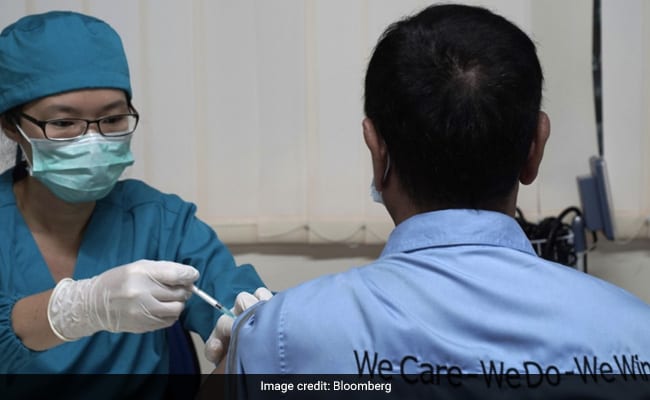 A healthcare worker administers a dose of the Sinopharm Group Co. Covid-19 vaccine.

Vaccines from China's Sinopharm successfully contained Covid-19, according to a study published in a prestigious U.S. medical journal, the first time detailed findings from a late-stage trial of a Chinese shot have appeared in the scientific literature.

The two inactivated vaccines developed by Sinopharm's vaccine-making unit China National Biotec Group Co. prevented symptomatic infections by 72.8% and 78.1%, largely in-line with what the state-owned drugmaker previously announced. The findings were reported in the May 26 Journal of the American Medical Association. 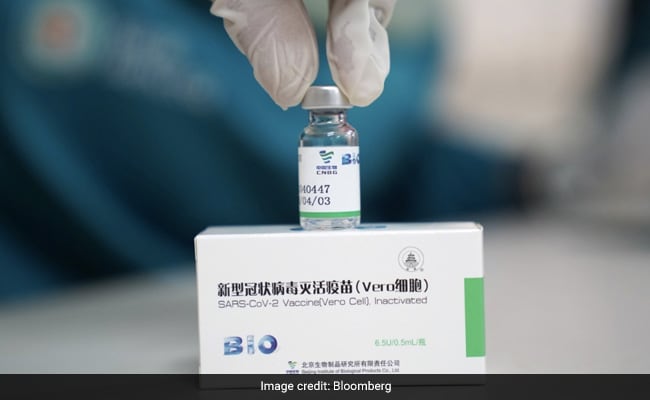 Chinese shots, including those from Sinopharm and Sinovac Biotech Ltd., another Beijing-based vaccine maker, have formed the backbone of the vaccine rollout in developing countries ranging from Hungary and Serbia to Seychelles and Peru. The immunizations have come under scrutiny and their manufacturers have been criticized for not sharing adequate data about the shots' safety and efficacy.

The lack of transparency fueled doubts about the shots' ability to contain Covid, especially after cases continued to spike in countries such as Seychelles and Chile that used them to vaccinate a sizable share of their populations. It also stalled approvals by stringent drug regulators and the World Health Organization. While Hong Kong waived the requirement for a peer-reviewed publication to approve the Sinovac vaccine earlier this year, regulators in Singapore are still demanding additional data. 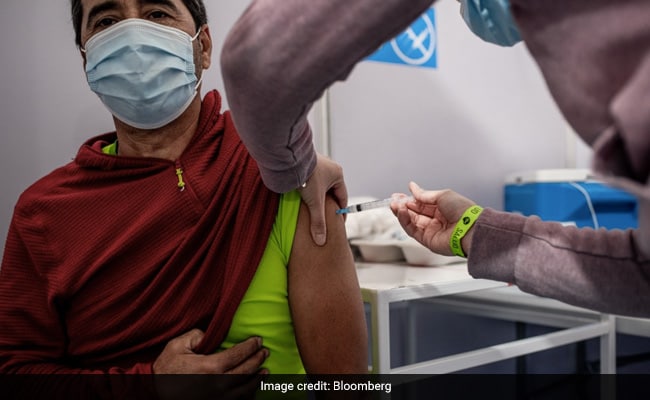 A healthcare worker administers a dose of the Sinovac Biotech Ltd.'s CoronaVac Covid-19 vaccine at a temporary clinic inside the Bicentenario Stadium in Santiago, Chile, on Monday, March 29, 2021. Chile has been vaccinating its population much faster than all other countries in Latin America, with more than 6 million inoculated, though the nation has still seen its daily record number of cases increase.

None of the volunteers given an active vaccine developed severe disease, compared with two of those given placebo. The results were initially submitted to JAMA on March 17, Sinopharm's subsidiary China National Biotec Group said in a statement. The paper was accepted for publication on May 12.

The published study revealed some limitations in the vaccine trial. The testing was heavily skewed toward men, who accounted for nearly 85% of the participants. Less than 2% were aged 60 or older, and most were healthy. As a result, there is little evidence about the efficacy and safety among women, the elderly and those with underlying diseases.

Still, the World Health Organization cleared one of Sinopharm's Covid shots earlier this month, paving the way for it to be more widely distributed around the world through the Covax facility that provides access to safe and effective vaccines.

Key details on another Sinovac shot were released in pre-print form, without a formal peer-review or publication. That vaccine has yet to get the green light from the WHO, though more than 380 million doses have been distributed around the world.