Communist Party Control Over Religion In Tibet Will Increase: China 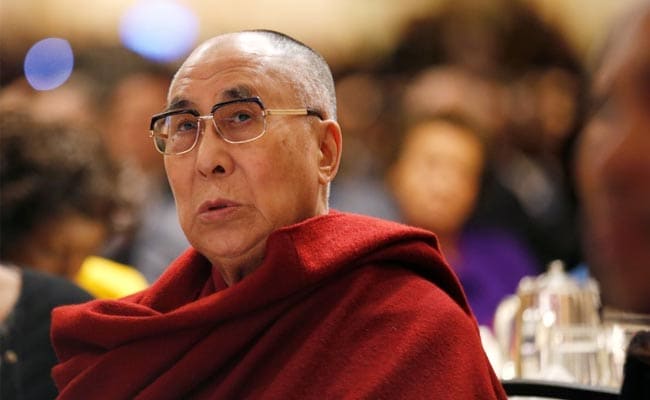 The Communist Party's control over religion in Tibet can only increase, the region's top official was quoted as saying on Thursday, vowing to step up efforts to expose the "sinister intentions" of exiled spiritual leader the 14th Dalai Lama.

The Dalai Lama, denounced by Beijing as a dangerous separatist, fled to India in 1959 following a failed uprising against the Chinese. He says he simply wants genuine autonomy for his homeland.

In excerpts of a speech on religious policy carried by the official Tibet Daily, Tibet's Communist Party chief Wu Yingjie said Tibetan Buddhism had a fine tradition of patriotism and had made important contributions to maintaining national unity.

But Tibetan Buddhism needs to march with the times, and at the same time as passing down and teaching its traditional precepts it needs to put more focus on teachings that "benefit social harmony and move with the times", Mr Wu said.

"The party's leadership work over religion can only strengthen and not weaken," he added.

Mr Wu, who took up his post in August, used one of his first public speeches the following month to denounce the Dalai Lama, signalling Beijing's hard line is unlikely to change under his leadership.

He continued with the theme in his latest comments.

"Continue to deepen the exposure and criticism of the Dalai clique's reactionaryness on politics, its falseness on religion, its deceptive methods," he said.

"Educate and guide the broad mass of monks, nuns and believers to clearly recognise the reactionary nature and sinister intentions of the Dalai clique to split the motherland."

Believers need to draw a clear line in the sand between them and the Dalai Lama and understand that unity and stability are good and separatism and chaos bad, Mr Wu added.

China says its rule has brought prosperity and stability, rejecting claims from Tibetan exiles and rights groups of widespread repression.

Representatives of the Dalai Lama, a Nobel Peace laureate, held rounds of talks with China until 2010, but formal dialogue has stalled amid leadership changes in Beijing and a crackdown in Tibet.