Jerry Lewis starred in more than 45 films in a career spanning five decades. 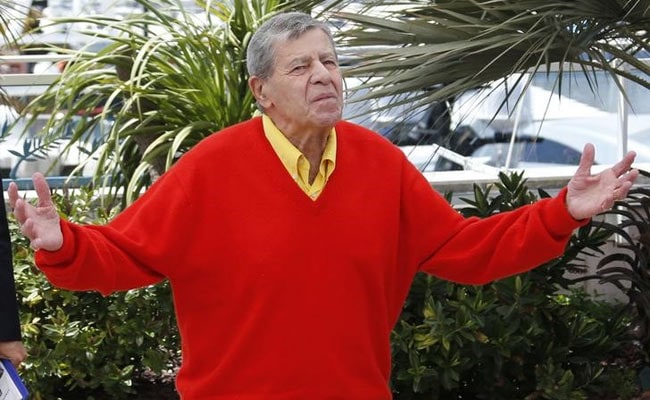 Los Angeles: Jerry Lewis, the high prince of low-brow comedy on stage and in movies as well as a fund-raising powerhouse with his annual Labor Day telethon, died on Sunday of "natural causes" at the age of 91, his family said.

"Famed comedian, actor and legendary entertainer Jerry Lewis passed away peacefully today of natural causes at 91 at his home in Las Vegas with his family by his side," a statement from the Lewis family said.

Lewis, who rose to fame as goofy foil to suave partner Dean Martin and was a comic icon in France.

He once summed up his career by saying "I've had great success being a total idiot" and said the key was maintaining a certain child-like quality.

"I look at the world through a child's eyes because I'm 9," he told Reuters in a November 2002 interview. "I stayed that way. I made a career out of it. It's a wonderful place to be."

Lewis was 87 when his last movie, "Max Rose," came out in 2013, playing a jazz pianist who questions his marriage after learning his wife of 65 years may have been unfaithful.

The son of vaudeville entertainers, Lewis became a star in the early 1950s as Martin's spastic sidekick in nightclubs, on television and in 16 movies. At their height, they set off the kind of fan hysteria that once surrounded Frank Sinatra and the Beatles.

Their decade-long partnership ended with a bitter split and Lewis went on to star in his own film comedies.

Lewis' movie persona, like the character he created in the act with Martin, varied little from film to film. He was zany and manic, forever squealing, grimacing and flailing his way through situations beyond his control.

He starred in more than 45 films in a career spanning five decades. His cross-eyed antics often drew scorn from critics but he was for a time a box-office hit who commanded one of the biggest salaries in Hollywood.

Long after his celebrity faded at home, Lewis was wildly popular in France, where he was hailed as "le Roi du Crazy" (the king of crazy) and inducted into the Legion of Honor, France's highest award, in 1984. He received a similar honor in 2006.

He explained his popularity in France, by saying: "The French are very visually oriented even though they are cerebral. They enjoy what they see and laugh. Then, later, they ask why."

Lewis acknowledged that he elicited either love or hate from audiences -- and little in between.
© Thomson Reuters 2017
Comments
Jerry LewisHollywood