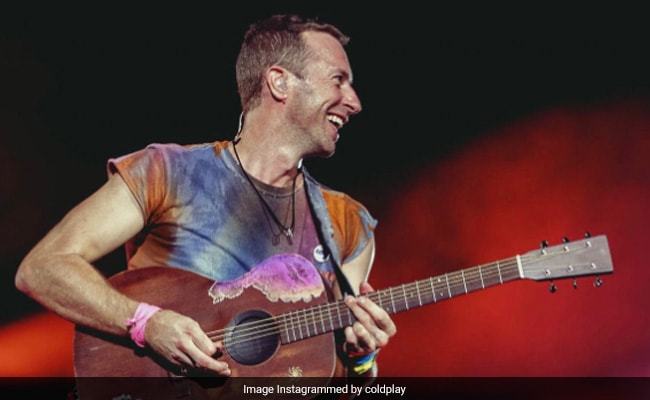 Coldplay started its global tour in March this year in Costa Rica.

Coldplay frontman Chris Martin has contracted a "serious lung infection", forcing the band to postpone their upcoming shows in Brazil.

Taking to Twitter, the band announced that Chris Martin has been put under strict doctor's orders to rest for the next three weeks. The Paradise hitmakers apologised for the inconvenience and appreciated fans' understanding. But they said that they "need to prioritize Chris' health" during this "challenging time".

"We're optimistic that Chris will return to good health after the prescribed medical break and look forward to resuming the tour soon," the statement concluded.

According to the official Coldplay website, the band were due to bring their successful Music of the Spheres world tour to South America this October, with eight shows for Rio De Janeiro and Sao Paulo. However, now the British rock band announced that they will be postponing the Brazil leg to early 2023 to allow Chris time to recover.

"To everyone in Brazil who was looking forward to these concerts, we're extremely sorry for any disappointment and inconvenience, and we're so grateful for your understanding at this challenging time where we need to prioritise Chris' health," the band said.

"Please hold onto your tickets as they will be valid for the new rescheduled dates," the statement read. "We will also honour all requests for ticket refunds - which will be available at the point of sale," it added.

Meanwhile, as per BBC, Coldplay started its global tour in March this year in Costa Rica. since then, they have been travelling to Dominican Republic, Mexico, USA, Germany, Poland, France, Belgium and their native UK.