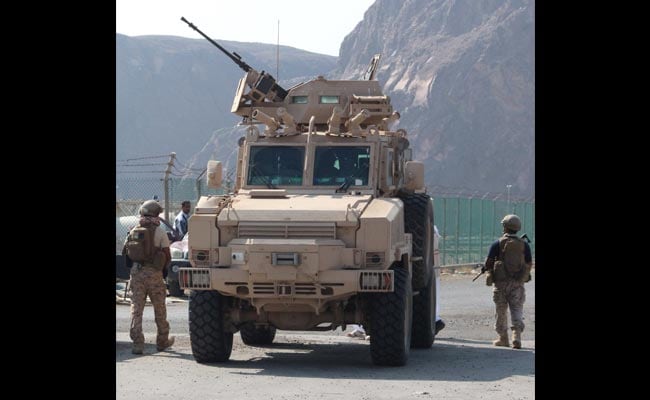 The coalition has sent 30 military vehicles, including tanks, to forces loyal to President Abedrabbo Mansour Hadi in Taez, the southwestern gateway to the rebel-held capital, military sources there told AFP.

Meanwhile, 12 pro-government fighters, part of a 500-strong Yemeni force sent from the main southern city of Aden, were killed in an ambush by the rebels en route to Taez, military sources and medics said.

Abu Dhabi-based The National paper said that "UAE-supplied military vehicles have arrived at the front line of the battle for the city of Taez," adding that "dozens" of armoured vehicles were delivered on Sunday to pro-government fighters in the city.

The United Arab Emirates has played a key role in the Saudi-led coalition which has been battling rebels in Yemen since March.

Taez has remained in the hands of fighters loyal to President Abedrabbo Mansour Hadi. But the Shia Huthi rebels and their allies have besieged it for months with clashes raging between rival forces.

The Dubai government-owned daily Al-Bayan reported that "coalition forces, reinforced by vehicles and modern arms have deployed in Taez."

But The National and military sources said that the armoured vehicles were manned by Yemeni fighters.

UAE media reported that more reinforcements are expected to arrive in Taez from Lahj province in the south.

Coalition support by troops and arms to loyalists in Aden, helped them press on with a July offensive that pushed the rebels out of the main port city and four other southern provinces.

The Huthis overran Sanaa in September 2014 and went on to seize control of several regions, aided by forces loyal to ousted president Ali Abdullah Saleh.