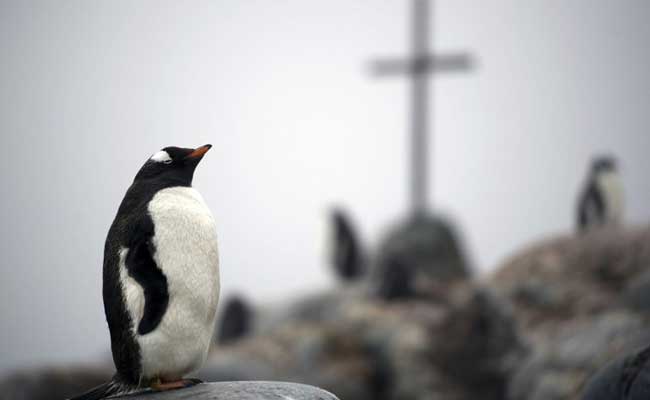 Climate change in Antarctica, cooling in some places and warming in others, is causing a dramatic shift in the population of penguins.

Washington: Continued warming of Antarctica due to climate change may lead to decline of 60 per cent of Adelie penguin colonies by the end of this century, a new study has warned.

Climate change in Antarctica, cooling in some places and warming in others, is causing a dramatic shift in the population of Adelie penguins, researchers said.

Historic satellite observations and future climate model projections were used to estimate past and future changes in habitat suitability during the penguins' chick-rearing period.

Researchers from the University of Delaware, Stony Brook University in the US, and NOAA's National Marine Fisheries Service found that recent climate warming along the West Antarctic Peninsula corresponded to population declines, while stable or cooling conditions in other parts of the continent corresponded to stable or increasing populations.

The climate change impacts will be highly site specific based on regional climate trends on Antarctica, said Vincent Saba who works at the Geophysical Fluid Dynamics Laboratory at Princeton.

A continued southward contraction of the range of Adelie penguins is likely over the next century.

Over time, Adelie penguins were once positively affected by warming and negatively affected by cooling. Researchers found that further warming is no longer beneficial at some locations on Antarctica, although some cooler regions could serve as a refuge and buffer the effects for a while.