Churchill's Grandson Nicholas Soames To Be Expelled From Conservative Party

The move against the Conservative Party grandee marks one of the most bizarre turns in the three-year Brexit crisis that has gripped a country once touted as a confident pillar of Western economic and political stability. 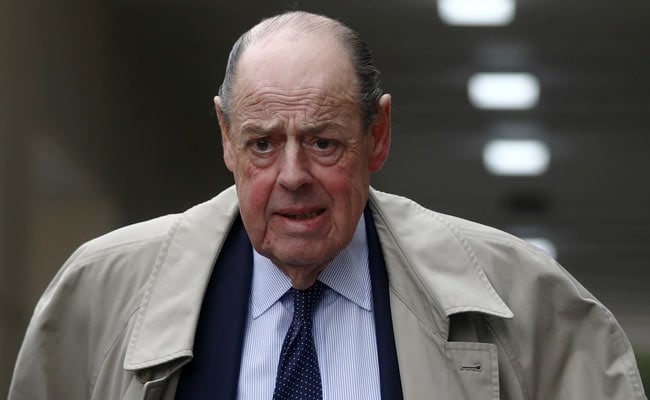 Nicholas Soames will be expelled from Conservative Party

Nicholas Soames, the grandson of Britain's World War Two leader Winston Churchill, will be expelled from the Conservative Party after voting against Prime Minister Boris Johnson on Brexit.

The move against the Conservative Party grandee marks one of the most bizarre turns in the three-year Brexit crisis that has gripped a country once touted as a confident pillar of Western economic and political stability.

Soames was one of 21 Conservative lawmakers who rebelled, including Ken Clarke, 79, the longest continuously sitting British lawmaker in the House of Commons, and former finance minister Philip Hammond. All are to be expelled.

When Soames was asked if this was the end of the Conservative Party his grandfather would have known, he said: "No. But it's a bad night.

"It is a pity - a great pity - that this has in my view all been planned: this is exactly what they wanted and they will try to have a general election which is what they wanted."

Since he took office as prime minister six weeks ago, Johnson has been ruthless: He oversaw one of the biggest purges of cabinet ministers in modern British history and has cut short a session of parliament to increase the likelihood Britain will leave the EU, with or without a deal.

After a defeat at the hands of an alliance of opposition lawmakers and rebels in his own party, Johnson's enforcers will speak to those who defied his order and expel them, a Downing Street spokesman said.

In total, lawmakers with more 330 years experience in parliament will be expelled from Johnson's party - the same party which lost its working majority on Tuesday.

"I have been told by the chief whip, who is my friend and who I like very much, that it will be his sad duty to write to me tomorrow to tell me I have had the whip removed after 37 years as a Conservative member of parliament," Soames said. "That's fortunes of war. I knew what I was doing."

Soames, 71, who was knighted by Queen Elizabeth in 2014, has been a member of parliament since 1983 and previously served as a junior defense minister. He is the son of Mary Soames, the youngest of Churchill's five children.

CHURCHILL
Churchill occupies a special place in British culture as the victor of World War Two and by far the most powerful British statesman of the 20th Century - a 'British bulldog' who could hold his own with Josef Stalin and Harry Truman.

Johnson has repeatedly spoken of his admiration for Churchill, and in 2014 published a biography called "The Churchill Factor: How One Man Made History."

In the introduction, Johnson, then mayor of London, wrote: "When I was growing up there was no doubt about it. Churchill was quite the greatest statesman that Britain had ever produced."

As a young boy, Soames said he was unaware of his grandfather's significance and has recounted how, when aged five, he once visited Churchill in his bedroom and asked him: "Grandpapa, is it true that you are the greatest man in the world?"

Andrew Adonis, a member of the opposition Labour Party, said Churchill would have deselected from Conservative if it was run like it is now because he opposed then prime minister Neville Chamberlain attempt to secure peace with Germany's Adolf Hitler a year before World War Two.

"Churchill himself would have been deselected," he said. "Chamberlain bitterly attacked him for 'undermining his negotiating position' at Munich and there was a deselection attempt."

A source close to the group who have voted against the government said Tuesday's vote is the first step in a process to avert an economically damaging no-deal exit.

"No. 10 have responded by removing the whip from two former chancellors, a former lord chancellor and Winston Churchill's grandson," the source said. "What has happened to the Conservative Party?"