China Flood Alert: Downpours in the sprawling manufacturing hub of Chongqing and nearby areas of Sichuan province follow severe power shortages in the same localities. 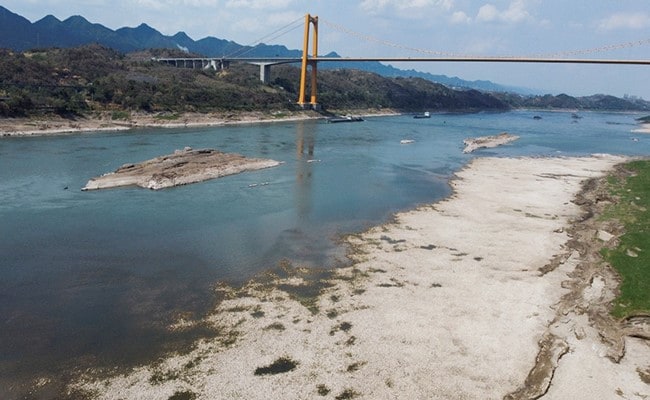 A southwestern part of China that has suffered scorching temperatures this month is now on alert for flooding amid days of torrential rain.

Downpours in the sprawling manufacturing hub of Chongqing and nearby areas of Sichuan province follow severe power shortages in the same localities caused by heavy use of air conditioning and falling reservoir levels.

The rain began on Sunday and is forecast to extend into Tuesday. The government initiated an emergency flood-prevention response in Sichuan and Chongqing at 6 p.m. (1000 GMT) on Sunday.

Earlier this month, the government declared a national drought emergency.

Many parts of southern China have seen temperatures exceed 40 degrees Celsius (104 Fahrenheit) over the past few weeks, in what is widely considered the hottest period since the government began compiling information in 1961.

Chongqing suffered almost three weeks without rain and has been rationing electricity, crimping output from factories of major global companies.

Besides drought, extreme heat along the Yangtze River Basin has also threatened crops around many cities and localities. Pictures of scorched, mud-baked lakes and dried-up rivers have appeared on social media.

The torrential rain of Monday and Tuesday is forecast to hit the eastern and southwestern parts of the Sichuan Basin and western and northern Chongqing.