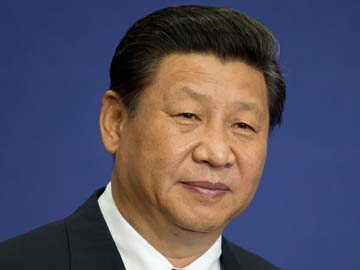 The ruling Communist Party has long maintained tight control, nipping in the bud any public outcries or organised efforts that might snowball into "social unrest" that challenges its hegemony.

But experts see a renewed drive under Xi Jinping, who took over as party chief in late 2012 and as state president in early 2013, and has since consolidated power and advanced an ambitious agenda including restructuring the economy.

In the latest example, seven activists were charged in Henan province last week with the vague offence of "picking quarrels and provoking trouble" after they held a ceremony marking the 25th anniversary of the Tiananmen Square crackdown on pro-democracy protesters, rights groups said.

One tactic was "to generate deterrence through heavy penalties," he said.

"I have to admit these messages tend to be effective."

About a dozen rights activists and lawyers have been jailed on convictions ranging from the less serious -- such as disrupting public order - to the grave "inciting subversion of state power", for which 2010 Nobel Peace laureate Liu Xiaobo was sentenced to 11 years in prison.

Many more wait in detention.

Chinese journalists, already barred from publishing stories on sensitive topics, were last month "prohibited from engaging in critical reporting unless they have received the approval of the work unit" by the state media body.

Social networks have become popular alternative information sources to state-controlled news outlets. But users felt the chilling effects last September after the Supreme Court warned of three years' prison for anyone spreading "slanderous" information that was forwarded more than 500 times or viewed on more than 5,000 occasions.

Reinforcing that threat, around that time influential Chinese bloggers were paraded on state television pledging to avoid posts that might have a "negative" social influence.

Since taking power, Xi has pledged to tackle some of China's most urgent problems -- reforming economic growth which gives the party legitimacy but has slowed in recent years, and confronting rampant government corruption that infuriates the public.

"The general message is that the leadership feels it has to concentrate power in order to implement economic reforms in order to maintain stability. And therefore there has been a crackdown," said Cheng.

The authorities plan to enact reform on their own terms, as they signalled by jailing nearly a dozen activists who also campaigned against corruption by publicly urging officials to disclose their assets.

They belonged to the loose-knit New Citizens Movement, which was seen as a moderate group that did not seek to topple the party but mainly held small protests and group discussions on issues including education and migrant rights.

Xi "knows there are reforms that should be made to maintain the party's power but at the same time he doesn't want these reforms to be hijacked or seen as being the result of advocacy of civil society", said Human Rights Watch China researcher Maya Wang.

Among the string of arrests, that of Pu Zhiqiang - a celebrated rights lawyer who represented dissident artist Ai Weiwei - underscored that the party would act against anyone, she said.

Pu was detained in May and charged the following month with creating disturbances and illegally obtaining personal information.

The authorities' aggressive approach has prompted activists to back off and social media users to watch what they say, said Wang.

"I think people are generally lying low in multiple areas," she said.

Clamping down on journalists and bloggers has the multiplier effect of sweeping criticism from general public discussion, analysts said.

The party has worked for years to control the conversation, building up a vast network of state-run media alongside a huge censorship system that filters online content, even a constantly updated list of search terms and any oblique references to them.

But Xi has pushed the party to act more forcefully, said Wang.

"It cannot control what people think, but it does try to manage how things are being discussed," he said.

Promoted
Listen to the latest songs, only on JioSaavn.com
"Part of that is of course to remove, to eliminate those very dangerous wrong messages.

"And that's what you are seeing today."