Lijian Zhao took specific aim at the U.S. capital, suggesting that white residents of Washington would never go to the Southwest part of the city - an area that includes luxury property developments as well as the city's soccer stadiums - due to racial segregation. 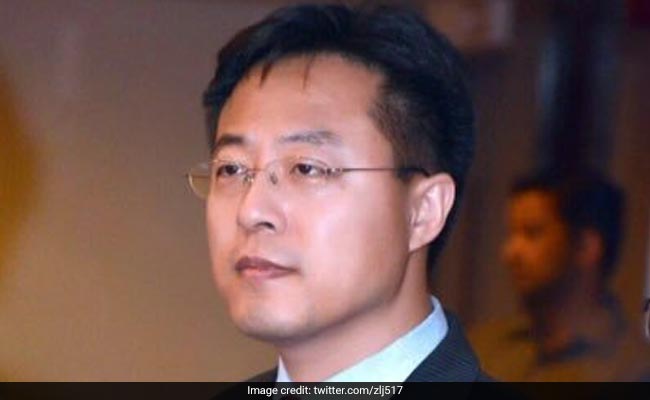 Lijian Zhao subsequently deleted this tweet, and others, after this article was originally published.

As Beijing faced international criticism for its continued crackdown on Uighurs and other minorities in the Xinjiang region over recent days, a Chinese diplomat based in Pakistan responded by highlighting what he called racial segregation in Washington.

In tweets that began on Saturday, the deputy chief of mission at the Chinese Embassy in Islamabad issued condemnations of the United States' legacy of racism, religious intolerance, gun violence, Internet surveillance, income inequality, the problem of sexual harassment and more.

Lijian Zhao took specific aim at the U.S. capital, suggesting that white residents of Washington would never go to the Southwest part of the city - an area that includes luxury property developments as well as the city's soccer stadiums - due to racial segregation.

After criticism, Zhao said he meant Southeast Washington and shared a 2015 article by The Washington Post that used census data to show the racial divide in the city.

He subsequently deleted this tweet, and others, after this article was originally published.

The remarks drew widespread mockery from those who argued that Zhao was simply trying to deflect criticism of his own country. "Is this a parody account?" wrote Frank Jannuzi, a former Senate Foreign Relations Committee staffer and East Asian human rights advocate.

However, Zhao's comments also coincided with the tweets of President Donald Trump that suggested minority congresswomen should "go back" to foreign countries they came from. Three of the four lawmakers believed to be the subject of Trump's tweets were born in the United States.

The Chinese diplomat's condemnation of the United States appeared to have been sparked by a statement by 22 Western countries at the United Nations, released last week, that urged Beijing to stop holding members of its Muslim population in detention centers.

However, the United States did not sign the statement. It is also unclear why a diplomat in Islamabad would be publicly commenting on segregation in Washington.

In a tweet on Monday, Zhao said he had stayed in Washington a decade ago. He did not respond to a request asking for more information.

On Sunday, Susan Rice, formerly President Barack Obama's national security adviser, responded to Zhao, dubbing him a "racist disgrace" and suggested that he should be made persona non grata by the U.S. government. The Chinese diplomat returned the insult in kind, arguing she too was a "disgrace" and that the "truth hurts."

Though the social media site is banned in his home country, Zhao has been an active Twitter user for several years and has amassed more than 190,000 followers. His account has caused some controversy in his host country of Pakistan. He had once used the name "Muhammad Lijian Zhao" on his Twitter account, but dropped the "Muhammad" in 2017 shortly after there were reports that China had banned some Islamic names in Xinjiang.

While many of Zhao's messages have been about economic and cultural ties between China and Pakistan, he has recently made a number of sharp comments about relations between Beijing and Washington.

Despite of the ban on Western social media at home, an increasing number of Chinese diplomats have been using services like Twitter abroad. China's ambassador to the United States, Cui Tiankai, joined Twitter in early July.

Though a Foreign Ministry spokesman suggested that Cui had joined Twitter in a bid for dialogue, it didn't take long for him to issue a terse warning through his account.

"Those who play with fire will only get themselves burned. Period," he wrote Friday after Taiwan's president Tsai Ing-wen appeared in New York City

(Except for the headline, this story has not been edited by NDTV staff and is published from a syndicated feed.)
Comments
Lijian Zhaocrackdown on Uighurs