Xi Jinping will meet on Friday with officials including US Trade Representative Robert Lighthizer and Treasury Secretary Steven Mnuchin. 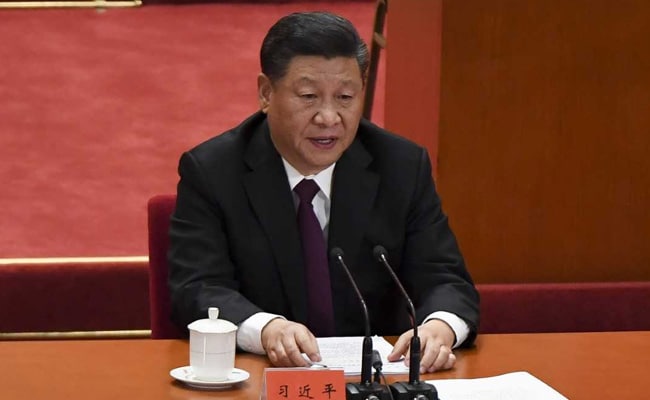 US and China said major progress was made in trade talks last month in Washington. (FILE)

Chinese President Xi Jinping plans to meet with top US officials in Beijing this week, a report said Wednesday, as the world's two biggest economies rush to patch up their trade differences before a looming deadline.

Xi will meet on Friday with officials including US Trade Representative Robert Lighthizer and Treasury Secretary Steven Mnuchin, who are in the capital for crunch talks towards a trade deal, the South China Morning Post reported.

"Xi is scheduled to meet both Lighthizer and Mnuchin on Friday," it said, quoting a source briefed on the arrangements.

The US officials and their Chinese counterparts meet for talks on Thursday and Friday.

They are under the gun to seal an accord ahead of the deadline set by Donald Trump, though the US president said Tuesday that he was open to extending that, depending on progress in Beijing.

"If we're close to a deal, where we think we can make a real deal ... I could see myself letting that slide for a little while," Trump told reporters at the White House.

In December, Washington suspended for three months Trump's plan to increase tariffs on $200 billion worth of Chinese imports -- to 25 percent from the current 10 percent -- to allow time for negotiations.

Mnuchin told reporters in Beijing late on Tuesday he was eager to start.

He and other US officials left their hotel on Wednesday without making substantive remarks.

The Chinese delegation will be led by Vice Premier Liu He, China's point man on trade, and central bank governor Yi Gang.

The two sides said major progress was made in talks last month in Washington, but subsequent comments have been less optimistic, jarring financial markets and amplifying concerns about how the dispute will affect fragile world growth.

But global stocks rose after Trump's hint of a deadline extension.

Washington is demanding far-reaching changes to Chinese practices that it says are unfair, including theft of US technology and intellectual property, and myriad barriers that foreign companies face in the Chinese domestic market.

China has offered to boost its purchases of US imports but is widely expected to resist calls for major changes to its industrial policies such as slashing government subsidies.

The two countries have already slapped tariffs on more than $360 billion in two-way trade, which has weighed on their manufacturing sectors and shaken global financial markets.