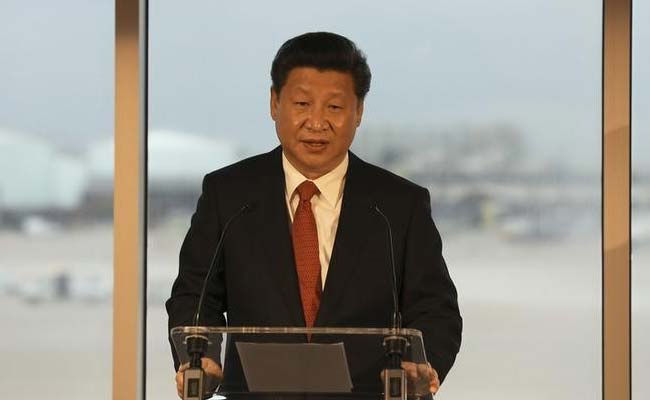 The declaration by Wang comes after a sweeping anti-corruption drive under Xi has targeted a swathe of prominent cadres and low-level officials.

The campaign has seen thousands dismissed from their posts, with some receiving lengthy prison terms, but critics say it has been used to purge Xi's political rivals.

"He sacrificed the opportunity to realise a huge return in investment," he said according to a press release tody.

"This incident demonstrates that President Xi is not only strict in managing our country but is even more scrupulous when it comes to family affairs."

The comments were made in response to a question about a New York Times article alleging that friends and relatives of China's top leadership made more than $1 billion from investments in Wanda's commercial property and cinema companies.

China has not responded officially to the allegations.

Wang has sought to play down overseas speculation on the link between his success and government ties, which in China can be crucial to seal land deals with local authorities.

"Wanda has no political affiliation," he said at the forum.

Family members and friends of Xi, his predecessor Hu Jintao, former premier Wen Jiabao and other top officials all had links to companies controlled by Wang, according to the New York Times.

The release only quoted Wang addressing the specific case of Deng on Thursday.

The son of a Red Army captain, Wang was a soldier before he founded Wanda in the 1980s, building it up with military discipline.

Its website says it is Asia's largest private property owner, and the Wanda Commercial flotation raised $3.7 billion, valuing that unit alone at $24 billion.

Now 61, Wang is the 15th richest man on the planet according to Bloomberg's real-time ranking, which put his net worth at $36.2 billion on Thursday.

He said Monday that market forces and creative abilities were crucial to building major businesses in China, rather than personal connections.

Wang is known outside China for a string of overseas acquisitions including the organiser of Ironman extreme endurance contests, Swiss sports marketing group Infront, and a stake in Spanish football club Atletico Madrid.

He burst into the international spotlight in 2012 by buying US cinema chain AMC Entertainment for $2.6 billion and his company owns more than 200 malls, shopping complexes and luxury hotels across China.