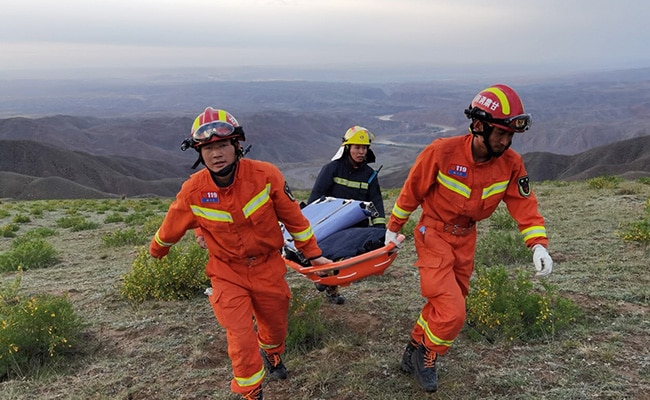 A 100-kilometre cross-country mountain race in the China's north-western province of Gansu turned deadly on May 22 as freezing rains, high winds and hail suddenly hit the competitors. Twenty-one people, including China's well-known ultra-marathon runner Liang Jing, were killed in the tragedy.

"Non-standard and unprofessional event operations led to the accident," read the investigation report announced at a press conference held in Lanzhou, capital of Gansu province.

A total of 172 people participated in the mountain marathon. While eight sustained minor injuries, 151 were confirmed safe. Most competitors were wearing thin shorts and T-shirts, according to media reports.

Baiyin ruling Communist Party of China (CPC) secretary Su Jun and Baiyin mayor Zhang Xuchen are among those who have been given disciplinary punishment, China's state-run Xinhua news agency reported.

Zhang Wenling was sacked as the magistrate of the Jingtai County, while Jingtai party secretary Li Zuobi, who has died after the mishap, was exempted from punishment.

The tragedy was caused by a sudden change in weather and the province had set up an investigation team to look further into the cause of the incident, Baiyin City mayor Zhang Xuchen, who was among the punished, had said.

"As the organiser of the event, we feel a deep sense of guilt and remorse. We express our deep condolences and sympathies to the bereaved families and the victims," he said.

The tragedy had evoked public anger on Chinese social media, with criticism mainly directed at the Baiyin government for lack of contingency planning.