The United States said on Friday it was imposing its largest package of sanctions aimed at getting North Korea to give up its nuclear and missile programmes. 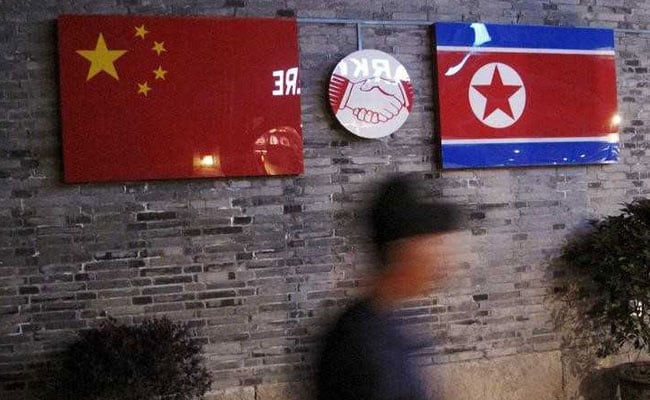 China has already lodged stern representations with the U.S. side about the sanctions issue

The United States said on Friday it was imposing its largest package of sanctions aimed at getting North Korea to give up its nuclear and missile programmes, and President Donald Trump warned of a "phase two" that could be "very, very unfortunate for the world" if the steps did not work.

In addressing the Trump administration's biggest national security challenge, the U.S. Treasury sanctioned one person, 27 companies and 28 ships, according to a statement on the U.S. Treasury Department's website.

The sanctions' targets include a Taiwan passport holder, as well as shipping and energy firms in mainland China, Hong Kong, Taiwan and Singapore. The actions block assets held by the firms and individuals in the United States and prohibit U.S. citizens from dealing with them.

In a terse statement, China's Foreign Ministry said the government had always fully and thoroughly enforced United Nations resolutions on North Korea, and absolutely did not allow any of its citizens or companies to contravene them.

China will "seriously handle" in accordance with the law those found to have done so, it added.

"China resolutely opposes the U.S. side enacting unilateral sanctions and 'long-armed jurisdiction' in accordance with its domestic law against Chinese entities or individuals," the ministry said.

"We have already lodged stern representations with the U.S. side about this issue, and demand the U.S. side immediately stops such relevant mistaken actions to avoid harming bilateral cooperation in the relevant area," it added, without elaborating.

China has repeatedly expressed opposition to any sanctions against North Korea not done within the framework of the United Nations, and insisted it is fully enforcing the existing - and already very tough - sanctions.

China's January trade with North Korea fell to the lowest level since at least June 2014, the latest sign that China has kept up pressure on its isolated neighbour in line with United Nations trade sanctions.

Reuters was unable to locate contact details for the Chinese companies.

The United States also named Taiwan citizen Tsang Yung Yuan and designated two of his companies in the sanctions list.

Taiwan's Foreign Ministry said it was in touch with the United States and would investigate its citizens and entities suspected of helping North Korea. It also called on Taiwan firms and citizens not to break U.N. sanctions.

Reuters was unable to reach Tsang or his companies, Pro-Gain Group Corporation and Kingly Won International Company Ltd, for comment. Tsang declined to talk to a reporter from Taiwan's Apple Daily on Saturday morning, according to video footage from the newspaper.

(Except for the headline, this story has not been edited by NDTV staff and is published from a syndicated feed.)
Comments
ChinaNorth KoreaUSA