The G4 grouping comprising India, Japan, Germany and Brazil expressed their concern over lack of any "meaningful" forward movement on long-pending reform of the UNSC and demanded "urgency" on the issue. 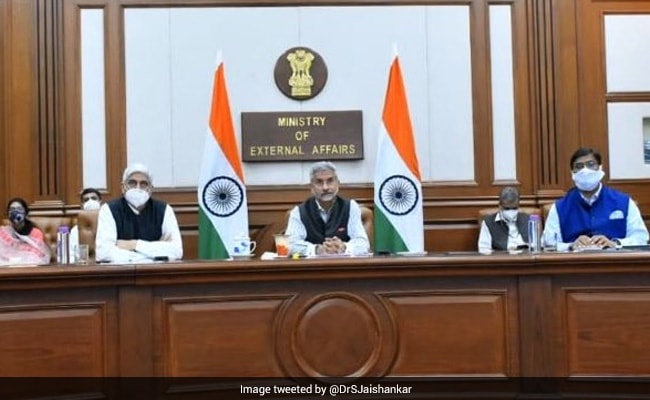 The foreign ministers of the G4 countries, including S Jaishankar, held a virtual meeting

China, which has been stonewalling India's entry into the UN Security Council, on Thursday said there were "enormous divisions" on reforms to expand the premier body of the United Nations and expressed its willingness to work for a "package solution" that can accommodate interests and concerns of all parties.

The G4 grouping comprising India, Japan, Germany and Brazil on Wednesday expressed their concern over lack of any "meaningful" forward movement on long-pending reform of the UN Security Council (UNSC) and demanded "urgency" on the issue.

The foreign ministers of the G4 countries, including External Affairs Minister S Jaishankar, held a virtual meeting coinciding with the 75th session of the UN General Assembly during which they held extensive discussion on the need for urgent reform of the UNSC.

"Unanimous call for text based negotiations in a fixed time frame. Reformed Multilateralism guides India's approach to the United Nations," S Jaishankar tweeted on Wednesday after the meeting.

Responding to the G4 ministers call for text-based negotiations with a fixed time to carry out reforms for the UN Security Council, Chinese Foreign Ministry spokesman Wang Wenbin told a media briefing here that: "We believe the reform of the Security Council is an important issue which concerns the long-term development and all the immediate interests of its members".

"There have been enormous divisions on this issue and there lacks a widespread consensus on the arrangement for reform. China is willing to work with other UN members to seek a package solution that can accommodate all parties' interests and concerns through dialogue and negotiation," he said.

Mr Wang said that the Security Council was the "core of the international collective security mechanism."

"It calls for reforms to better perform its duty enshrined in the UN charter. We believe the reforms should increase the representation and voice of developing countries and allow more small and medium size countries to enter the Security Council and participate in the decision making," he said.

A joint G4 press statement on Wednesday said the ministers highlighted the urgency of reforming the UN and updating its main decision-making bodies, in order to better reflect contemporary realities.

"G4 Ministers expressed disappointment at attempts to derail this process and committed to addressing the issue in a meaningful way and with increased urgency at this 75th anniversary of the UN," the statement released by the external affairs ministry said.

In the 75th year of the United Nations, India will begin its two-year term as elected non-permanent member of the powerful Security Council from January 1 next year.

India has been spearheading decades-long efforts to reform the Security Council, saying a structure set up in 1945 does not reflect contemporary realities of the 21st century and is ill-equipped to handle current challenges.

There is widespread support, including by four of the five permanent members of the Security Council - the US, the UK, France and Russia - for a permanent seat for India at the Council.

China, part of the permanent five (P5) of the UNSC with veto power, has been stonewalling India's efforts to become a member of the UN's powerful body for years, pointing to lack of consensus even though the other four members have supported New Delhi's membership.