The 2,300-tonne warship was decommissioned by the PLA Navy in 2015. The warship has now been gifted to the Lankan Navy. 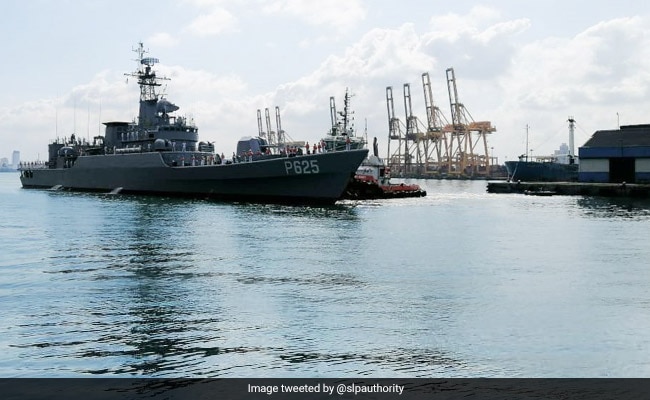 China gifted a warship to Sri Lanka, in the latest sign of its deepening military cooperation with the strategically located island nation in the Indian Ocean.

Also, China's rolling-stock manufacturer has announced that it would shortly deliver nine "new type" of diesel trains to Sri Lanka.

The Type 053 frigate was commissioned into China's People's Liberation Army Navy in 1994 as the Tongling. The 2,300-tonne warship was decommissioned by the PLA Navy in 2015. The warship has now been gifted to the Lankan Navy.

The Lankan Navy, which played a key role in fighting the Liberation Tigers of Tamil Eelam, has about 50 combat, support ships and inshore patrol craft with most originating from India, the US, China and Israel.

India last year gifted a coast guard off shore patrol vessel (OPV) to the Lankan navy in addition to providing two OPVs in 2006 and 2008.

The Commander of the Lanka Navy, Vice Admiral Piyal De Silva, thanked China for the frigate and said his forces would take the gift as a suggestion of the good friendship between the two countries, state-run Xinhua news agency reported.

He said Lanka is currently facing maritime challenges with the surrounding sea being used by perpetrators for carrying out unlawful acts including drug trafficking.

With the acquisition of the frigate, the surveillance capabilities of the navy will be greatly enhanced, he said.

As a new member of the Lankan Navy, the ''P625'' frigate will be mainly used for offshore patrol, environment monitoring and anti-piracy combats, the report said.

According to a statement issued by China's mission in Colombo, the Chinese navy held a two-month professional training for more than 110 Sri Lankan naval officers and sailors in Shanghai.

China, which has acquired Sri Lanka's Hambantota port in 2017 as a debt swap, has been ramping up its ties with the island nation and expanded its naval presence in the Indian Ocean with an established logistics base in Djibouti.

The new type of diesel trains, equipped with 90 train cars, rolled off the production line on Friday in the Chinese city of Qingdao. They are the fourth batch of diesel trains the company produced for Sri Lanka, the report said.

The trains were designed to travel at a speed of 120-km per hour. Compared to trains currently used in Sri Lanka, the new trains have more air-conditioned carriages and are equipped with facilities such as a passenger information system, LCD TV and toilets designed for people with disabilities.

The new trains are made with special corrosion-resistant material and techniques catering to the high-temperature and high-humidity in Sri Lanka.

Previously, the company exported three batches of 43 trains to Sri Lanka, accounting for over a half of the country''s total trains in operation, the report said.