China farmer kills self over fines for children: report 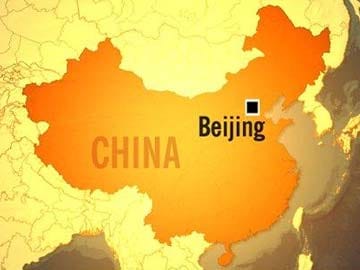 Beijing: A Chinese farmer with five children drank a fatal dose of pesticide at a communist chief's house after officials seized his family's annual food supply for violating the one-child policy, reports said on Monday.

Ai Guangdong, 45, had more than 3.5 tonnes of corn - the family's entire source of income until next year's harvest - confiscated last week by five officials in Liang'erzhuang, in the northern province of Hebei, the People's Daily Online said.

He went to the party chief's home to discuss the issue, where he drank the pesticide, and later died in hospital, the Global Times reported.

Ai and his wife Xie Yufeng had four daughters and a son, their youngest, and their farm makes them only around 5,000 yuan ($800) a year, according to the reports.

Under China's hugely controversial one-child policy some rural couples are allowed to have a second child if the first is a girl.

But officials have been taking money from them ever since their second daughter was born, Xie said, and demanded 60,000 yuan after the birth of the third child, the People's Daily Online report said.

"We could never afford that," it quoted Xie as saying, adding they were not given receipts for any of the fines they paid.

The village chief had disappeared, along with his family, since the incident, it added.

The local government offered Ai's family 15,000 yuan for aid and funeral costs, and future social security benefits, which the family rejected, it said.

China has implemented its family planning law for more than 30 years, restricting most parents to only one child and at times allegedly brutally enforced.

Fines for violators have become a significant source of income for China's local governments.

Promoted
Listen to the latest songs, only on JioSaavn.com
In 2012, 24 of the country's 31 provinces and regions collected a total of nearly 20 billion yuan in penalties, Chinese media reported previously. None of the provincial authorities has detailed how the money was spent.