China's territorial claims in the resource-rich South China Sea are driving major logistic developments in the Spratly and Paracel Islands. 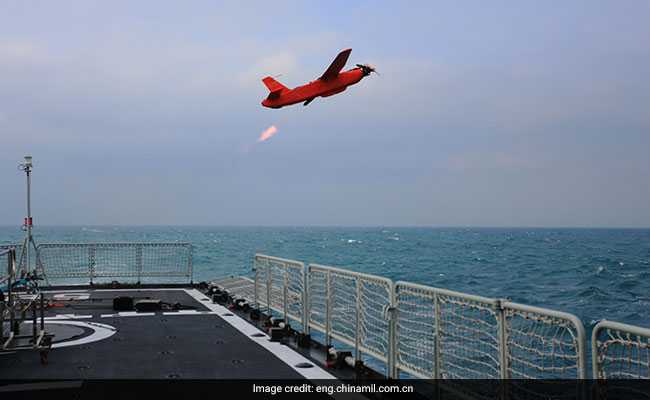 China is expanding its access to strategic foreign ports like Pakistan's Gwadar and Sri Lanka's Hambantota to pre-position the logistic framework necessary to support the growing presence of its military in the Indian Ocean and beyond, the Pentagon has said.

The People's Liberation Army's efforts to obtain access to commercial ports in Africa, the Middle-East and South Asia would align with its future overseas logistic needs and meet its evolving naval requirements, said the Congressionally-mandated report on the increasing Chinese military power which was released by the US Department of Defence on Tuesday.

China in 2015 announced its intention to build military facilities in Djibouti, citing reasons "to help the Navy and Army further participate in UN peacekeeping operations, carry out escort missions in the waters near Somalia and the Gulf of Aden and provide humanitarian assistance".

"China is expanding its access to foreign ports, such as in Gwadar, Pakistan, to pre-position the logistic framework necessary to support the PLA's growing presence abroad, including normalising and sustaining deployments into and beyond the Indian Ocean," the Pentagon said.

The People's Liberation Army Navy (PLAN) is likely to use commercial ports and civilian ships to support its international and domestic logistic operations, resupply, replenishment and maintenance, it said.

China's territorial claims in the resource-rich South China Sea are driving major logistic developments in the Spratly and Paracel Islands.

The reclaimed territory in the South China Sea by China is equipped with harbours and berthing areas that are capable of accommodating large naval ships, increasing the PLAN's ability to exercise control of critical SLOCs, it said.

According to the report, China's military strategy reflects its drive to establish a coherent, unified approach to managing national security in a world where Beijing perceives that China's expanding interests have made it more vulnerable at home and abroad.

While it calls for a peer-to-peer cooperative relationship with the United States, Beijing also believes that the presence of the US military and the US-led security architecture in Asia seeks to constrain China's rise and interfere with its sovereignty, particularly in a Taiwan conflict scenario and in the East and South China Seas.

"Since at least the 1990's, Beijing has repeatedly communicated its preference to move away from the US-led regional security system and has pursued its own regional security initiatives in support of what it views as a natural transition to regional predominance," the Pentagon said.

Authoritative Chinese documents, the report said, highlight the Korean Peninsula as an area of instability and uncertainty, and express concern regarding unsettled territorial disputes along China's border with India, which periodically result in tense standoffs like the one that occurred in the summer of 2017 in the disputed Doklam region.

Observing that China's maritime emphasis and concern with protecting its overseas interests have increasingly drawn the PLA beyond the country's borders and immediate periphery, the report said the evolving focus of the PLA Navy - from "offshore waters defense" to a mix of offshore waters defense and "open-seas protection" - reflects China's desire for a wider operational reach.

"Since 2009, the PLA has incrementally expanded its global operations beyond the previously limited port calls and UN peacekeeping missions. The PLAN has expanded the scope and frequency of extended-range naval deployments, military exercises, and engagements," it said.

The establishment in Djibouti of the PLA's first overseas military base with a deployed company of Marines and equipment, and probable follow-on bases at other locations, signals a turning point in the expansion of PLA operations in the Indian Ocean region and beyond, the Pentagon said.

These bases, and other improvements to the PLA's ability to project power during the next decade, will increase China's ability to deter by military force and sustain operations abroad, the report said.

Noting that China is currently building its first domestically-designed and -produced aircraft carrier, the Pentagon said the primary purpose of this vessel will be to serve a regional defense mission.

"Beijing probably also will use the carrier to project power throughout the South China Sea and possibly into the Indian Ocean," it said.

The carrier conducted initial sea trials in May 2018 and is expected to enter into service by 2019.

China's efforts to enhance its presence abroad, such as establishing its first foreign military base in Djibouti and boosting economic connectivity by reinvigorating the New Silk Road Economic Belt and 21st Century Maritime Road under the "Belt and Road Initiative" (BRI), could enable the PLA to project power at even greater distances from the Chinese mainland, it said.

"In 2017, Chinese leaders said that the BRI, which at first included economic initiatives in Asia, South Asia, Africa, and Europe, now encompasses all regions of the world, including the Arctic and Latin America, demonstrating the scope of Beijing''s ambition," the Pentagon said.

Sri Lanka has handed over the control of the southern sea port of Hambantota to China on a 99-year lease, triggering concern over Beijing's efforts to expand influence in the region.

US To Recognise Sikhs As Separate Ethnic Group In 2020 Census: Official