Covid In China: KFC began handing out Psyduck in China on May 21, ahead of a promotion for Children's Day on June 1, and the toy has become a focal point for social media users angered by weeks of lockdown. 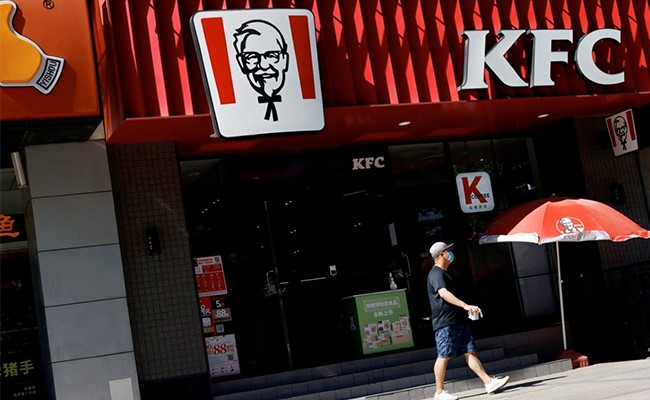 A headache-prone Pokemon character given away in KFC children's meals has become China's most wanted toy, selling for up to $200, as people seek ways to express their frustrations over COVID-19 lockdowns.

KFC began handing out Psyduck in China on May 21, ahead of a promotion for Children's Day on June 1, and the toy has become a focal point for social media users angered by weeks of lockdown.

One video, showing the character, known as Koduck in Japan, holding a sign saying "I don't want to take COVID testing" in one wing, and "I want to go out for fun" in the other, has been played for more than 13,000 times on video platform Bilibili.

On another social media platform Xiaohongshu, a clipping of the figure holding up stickers reading "health code" and "travel history code" was liked by nearly 10,000 viewers.

Developed by Nintendo 25 years ago, KFC stocks of meals containing Psyduck, whose psychic powers get stronger as his headaches get worse, ran out within two days of the launch on May 21. Soon afterwards, the models appeared on second-hand sites, with some priced as high as 1,300 yuan ($195.52), local media said.

Asked for comment, KFC, whose parent is Yum China, referred to a statement it published last week that it did not support reselling at inflated prices.

Those using Psyduck to voice their frustration at lockdowns that began in March, as well as other pressing problems have included public figures.

Last Thursday, the founder of China's XPeng Motors, He Xiaopeng, alluded to a global chip shortage by posting a video of the character waving a message saying "urgently seeking semiconductor chips" to Weibo.

Other social media users used Psyduck to post jokes or messages to their friends.

Jun Peng, a tech worker in Shanghai, said he was among people eager to get his own Psyduck to represent his feelings.

"I've been locked in my place for two months," he said. "I am so stressed that I feel as silly as the duck. However even the duck can speak out."