People in Shanghai and other Chinese cities have been using words from national anthem to protest the stringent Covid curbs clamped on them. 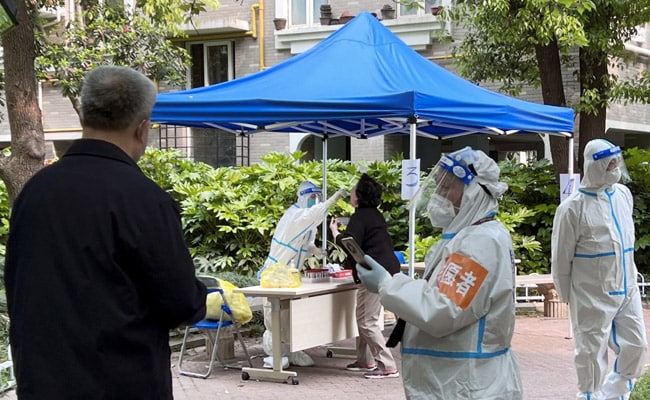 Shanghai has been under lockdown for four weeks due to spread of COVID cases.

The infamous internet censors in China have clamped down on the country's national anthem, which was being used by residents to protest the stringent lockdown in cities like Shanghai. The Chinese people have been using creative ways and hashtags to highlight what condition the residents of locked down cities are living in.

China has used "March of the Volunteers" as its national anthem since 1978. Its famous words "Arise, ye who refuse to be slaves" trended briefly over the weekend as residents of Shanghai and other cities used the anthem to criticise the poor implementation of public health measures, a Newsweek report said. But the line, which was being used as a hashtag, was quickly banned.

China is continuing with its “zero Covid” policy, locking up almost all the 25 million residents of Shanghai and warning them against protesting. Drones have been used to issue warnings to apartment dwellers and robots dogs are patrolling the streets of the city.

The people of Shanghai have been posting stories of people who have died, either because of Covid or not receiving proper healthcare due to lockdown. The world gets to see only those videos, which have made it to Twitter and other international social media platforms as WeChat and Weibo posts are quickly deleted.

Some of those videos show how the residents have been detained and treated roughly by the authorities. One such video claimed to show healthcare workers using a Taser on an apartment resident who refused to cooperate with them.

Several dystopian scenes have emerged from Chinese cities, which show eerie silence on otherwise bustling roads, with only healthcare workers allowed to roam around in the open.