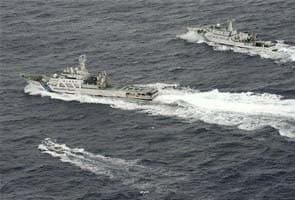 Beijing: China is urging North Korea to release a Chinese fishing boat whose owner says it was seized by gun-toting North Koreans earlier this month and held for ransom, in the latest irritant in relations between the neighbouring allies.

The seizure of the Liaoning-based boat adds to China's frustration with North Korea over its recent tests of nuclear and rocket technologies in defiance of international efforts to curb the country's nuclear ambitions.

At the same time, the Chinese government is under intense pressure domestically to ensure the safety of citizens who venture abroad or out to sea to seek their livelihoods. Another abduction by North Koreans of Chinese fishermen about a year ago - along with allegations they were beaten - sparked furious criticism among citizens in China's blogosphere.

"Whatever you call North Korea - rogue state or whatever - these kind of cases just keep happening," said a Liaoning Maritime and Fishery Administration official who identified himself only by his surname, Liu. "We had such cases last year and the year before. There's very little we can do to prevent them."

Yu Xuejun, who wasn't aboard the boat, first publicized the seizure on his microblog late Saturday saying that North Koreans seized his boat on May 5 in Chinese waters and that they demanded a 600,000 yuan (100,000 dollars) ransom. Yu, posting on a verified Tencent Weibo account, said he was asking for help from Internet users and China's Foreign Ministry. His post was reposted and commented on more than 12,000 times.

In another plea for help on Monday, Yu wrote on his blog that he received another call from "the North Korean side" on Sunday night, still demanding money.

"My captain gave me the phone, his voice was trembling, could feel he was very afraid, told me no later than 5 pm today," Yu wrote. He said he suspected his crew had been mistreated.

The official Xinhua News Agency, in its first report of the incident late Sunday, said diplomats in the North Korean capital had received a request for help from Yu as early as May 10, and that they had demanded at the time that North Korea release the boat.

In May of last year, a North Korean boat hijacked three Chinese boats with 29 fishermen on board, reportedly for a ransom of 190,000 dollars. Two weeks later, they were freed - some of them stripped of everything but their long johns - and were widely quoted in Chinese media on their return as saying they had been beaten and starved.

China is North Korea's economic lifeline, providing nearly all of its fuel and most of its trade. North Korea's economic dependence on China is rising, following a standoff with South Korea that effectively shut an industrial park that was an important source of hard currency. Still, Beijing has had difficulty controlling its neighbor, and early this year began joining Western nations in moves to punish Pyongyang with economic sanctions.

Jiang said the embassy would "continue efforts to ensure that the issue will be properly addressed at an early date."

The respected Southern Metropolis Daily reported earlier Sunday that Yu received a call from North Korea saying his boat had entered North Korean waters - although he maintains it was in Chinese waters.

Liu, the fishery official, said he was not sure where the boat was at the time of the seizure.

"It is not clear. The owner of the boat says it was in Chinese waters," Liu said.

Promoted
Listen to the latest songs, only on JioSaavn.com
Yu was quoted the Southern Metropolis as saying the North Korean side had first asked for the ransom to be paid by noon Sunday to a company in Dandong, a city in northeastern China on the North Korean border, or that they would confiscate the boat and repatriate the crew. The newspaper didn't mention whether Yu had paid any money.