In War With US On Flights, China Blinks First

On Wednesday the US said it would block Chinese passenger flights from June 16, raising concerns of another front being opened up in the economic titans' standoff. 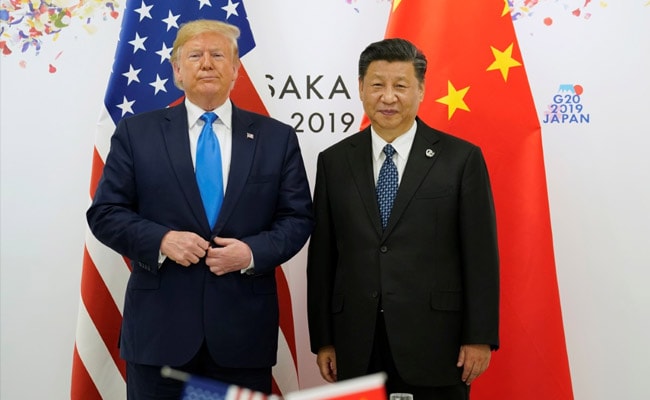 Passengers must be tested for COVID-19 upon arrival in China. (Representational)

China on Thursday said foreign airlines blocked from operating in the country over virus fears would be allowed to resume limited flights, lifting a de facto ban on US carriers, a day after Washington ordered the suspension of all Chinese travel into and out of the US.

The apparent decision to step back by Beijing comes as tensions between the world's two superpowers are sent soaring by a series of issues including Donald Trump's accusations over China's handling of the pandemic, Hong Kong and Huawei.

The latest spat was rooted in the Civil Aviation Authority of China (CAAC) deciding to impose a limit on foreign airlines based on their activity as of March 12. Because US carriers had suspended all flights by that date their cap was set at zero, while Chinese carriers' flights to the US continued.

On Wednesday the US said it would block Chinese passenger flights from June 16, raising concerns of another front being opened up in the economic titans' standoff.

But the CAAC on Thursday said all foreign airlines not listed in the March 12 schedule would now be able to operate one international route into China each week.

Relations between Washington and Beijing have become increasingly strained in recent months after Trump accused China of causing the virus intentionally, while a plan to impose a strict security law on Hong Kong has increased tensions substantially.

The US has also imposed restrictions on Chinese telecom giant Huawei and ordered a probe into the actions of Chinese companies listed on American financial markets.

For its part, Beijing has mocked the US stance on Hong Kong in light of civil rights protests across the US following the police killing in Minneapolis of George Floyd, an unarmed African-American man.

At the same time, China has gradually relaxed strict air travel caps on some foreign firms as the coronavirus outbreak in the country appears to be under control.

Beijing said last week it would almost triple the number of permitted flights to and from China in June following an outcry from Chinese stranded abroad.

China has also set up fast-track entry procedures for business travellers from several other countries, including Singapore and South Korea.

Passengers must be tested for COVID-19 upon arrival in China.

The CAAC said Thursday that routes whose passengers all test negative for three consecutive weeks will be allowed to operate an additional flight each week.

Routes with five or more passengers testing positive will be suspended for at least one week, CAAC said.