There isn't much original Darwinian writing left because he didn't regularly archive his work. 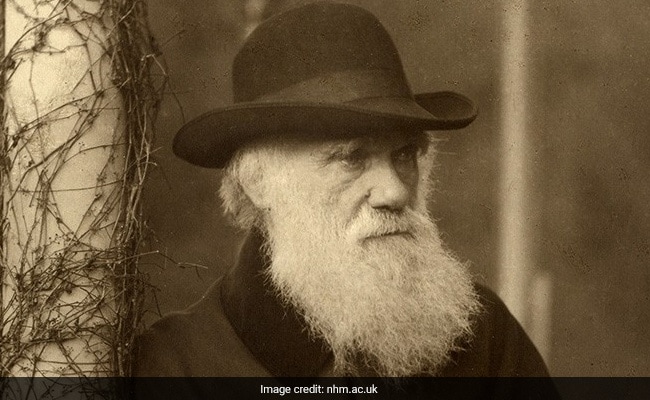 Charles Darwin is celebrated as one the greatest British scientists who ever lived.

Sotheby's in New York will soon auction a document that Charles Darwin signed and which supports his theory of evolution. The letter is anticipated to sell for over 1 million pound (Rs 9,85,21,780), a record price for a Darwin manuscript, as per the BBC.

There isn't much original Darwinian writing left because he didn't regularly archive his work. "If it does, and it's signed, it's almost always just with the abbreviated "C Darwin" or "Ch Darwin. It's very rare to have his name, "Charles Darwin", written out in full and in his own hand," the website states.

However, Professor John van Wyhe, the curator of the academic database known as Darwin Online, claims that it is particularly special because of what the great man chose to include on the page in addition to his signature.

"He includes a passage that appears in the third edition of On the Origin of Species. It's a really favourite passage, because he's trying to make the point that people might find his theory unbelievable and outlandish, but they said the same about Newton and gravity, and nobody doubted the existence of gravity anymore. The same, he says, would be true eventually with evolution and natural selection," the professor told BBC.

Also Read: Marilyn Monroe's Personal Belongings, Including A Card From Her Father, To Be Auctioned

The document was produced for The Autographic Mirror magazine. Hermann Kindt, its publisher, also printed facsimiles of famous people's autographs or handwriting alongside their biographies. Darwin jumped at the chance when he was asked if he would contribute. It was a chance for him to refute his critics, the outlet states.

According to the BBC, the letter reads, "I have now recapitulated the chief facts and considerations, which have thoroughly convinced me that species have been modified, during a long course of descent, by the preservation or the natural selection of many successive slight favourable variations. I cannot believe that a false theory would explain, as it seems to me that the theory of natural selection does explain, the several large classes of facts above specified. It is no valid objection that science as yet throws no light on the far higher problem of the essence or origin of life. Who can explain what is the essence of attraction of gravity? No one now objects to following out the results consequent on this unknown element of attraction; notwithstanding that Leibnitz formerly accused Newton of introducing "occult qualities & miracles into philosophy. - Charles Darwin."