In an internal memo to staff, a Cathay director, Tom Owen, said participating in a strike planned for Monday and Tuesday could constitute a breach of contract. 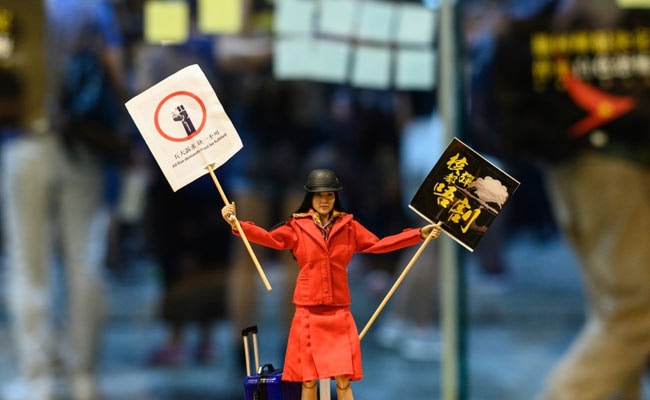 Cathay has already fired at least four staff -- including two pilots -- for supporting the protests.

Cathay Pacific has warned staff they risk being sacked if they join a planned Hong Kong strike, as the airline intensifies its crackdown on employee support for the rolling pro-democracy protests.

Hong Kong's flagship carrier, which has 27,000 staff in the city, has been accused of bowing to political pressure from China, whose aviation regulator has banned airline staff who have supported the demonstrations from working on flights through its airspace.

In an internal memo to staff, a Cathay director, Tom Owen, said participating in a strike planned for Monday and Tuesday could constitute a breach of contract.

"We expect all of our employees to report for work as normal and over this period and will be monitoring attendance levels closely," he said in the memo, a copy of which was sent to AFP by Cathay.

"Any breach of policy or regulatory requirements will be investigated and may lead to termination of contract."

The memo caps a sharp U-turn by the airline which publicly supported the right to free expression of its workforce earlier this month, only to crumble in the face of pressure from Beijing.

Cathay has already fired at least four staff -- including two pilots -- for supporting the protests.

A fifth, Rebecca Sy, a union organiser and cabin crew for its regional airline Cathay Dragon, says she was dropped from a Chinese flight rota and then dismissed a day later without explanation.

Several staff have told AFP they believe a witchhunt is underway, with employees frantically deleting social media posts and gutting their friends lists fearing disciplinary action if they are found to have any links with the protests.

The company has also issued a revised code of conduct to employees including reiterating its "zero tolerance" approach to staff participating in "illegal protests".

Protest groups are calling for a general strike on Monday and Tuesday, three months into escalating pro-democracy protests that have rocked the city and damaged Hong Kong's reputation as a stable business hub.

It was supported by Cathay's flight attendants union whose members joined the walk out.

More than 160 flights were cancelled due to the action.

By toeing Beijing's line, critics say Cathay has trashed its reputation as a totemic Hong Kong company, which has grown over 72 years in parallel with the city's status as a gateway to Asia.