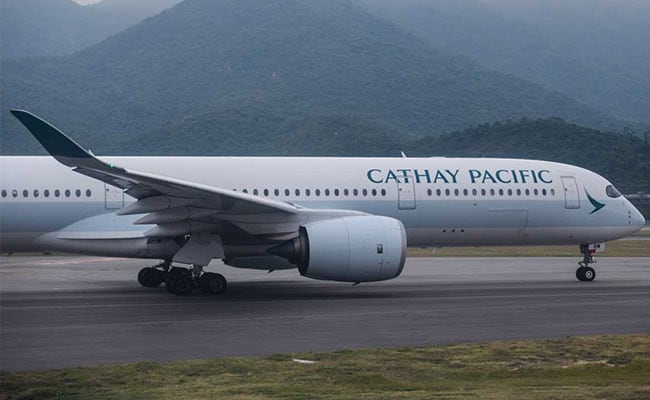 "We are in the process of contacting affected passengers, using multiple communications channels, and providing them with information on steps they can take to protect themselves," Cathay Pacific Chief Executive Officer Rupert Hogg said in a statement on the airline's website.

"We have no evidence that any personal data has been misused."

Cathay said it had launched an investigation and alerted the police after an ongoing IT operation revealed unauthorised access of systems containing the passenger data of up 9.4 million people.

"The combination of data accessed varies for each affected passenger," he said.

The leak comes as the troubled airline battles to stem major losses as it comes under pressure from lower-cost Chinese carriers and Middle East rivals.

It booked its first back-to-back annual loss in its seven-decade history in March, and has previously pledged to cut 600 staff including a quarter of its management as part of its biggest overhaul in years.

Hogg did not mention financial compensation for passengers affected by the data leak, but British Airways pledged to compensate customers when the UK flag carrier suffered a data hack last month.

BA revealed in September that personal and financial details of about 380,000 customers who booked flights on the group's website and mobile phone app over several weeks had been stolen.

CEO Alex Cruz said the firm had been the victim of a "malicious, criminal attack on our website".

The airline took out full-page adverts in UK newspapers to apologise to customers, while the share price of parent group IAG was hit.

(Except for the headline, this story has not been edited by NDTV staff and is published from a syndicated feed.)
Comments
Cathay PacificData Leak