Mr Macron had last week signalled a tougher line on immigration in the second half of his mandate, arguing the government must stop voters drifting to the far-right. 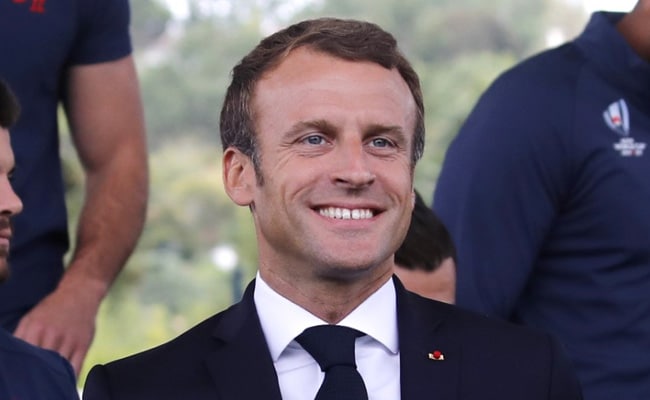 Mr Macron had last week signalled a tougher line on immigration in the second half of his mandate, arguing the government must stop voters drifting to the far-right.

"France cannot host everyone if it wants to host people well," Mr Macron told Europe 1 in an interview from the United Nations in New York where he is attending the annual General Assembly.

Mr Macron noted France had seen a sharp increase in the numbers of people asking for asylum since the 2017 presidential election and said much tighter European cooperation was needed.

"There is not enough cooperation in Europe and we need to look at this migratory phenomenon and take decisions," he said.

Mr Macron's comments come as the French parliament is set next week for a major debate on migration policy, with the lower house National Assembly discussing the issue on Monday and the Senate on Wednesday.

The French president, whose first term expires in 2022, is keenly aware that his biggest political rival remains Marine Le Pen and her far-right National Rally party which has built its popularity on a strong anti-immigration stance.

"In order to be able to welcome everyone properly, we should not be too attractive a country," said Mr Macron.

He said he wanted to look at the basket of state medical aid offered to migrants while emphasising that getting rid of such help entirely would be "ridiculous".

"It would be an error to say that the question of migration is a taboo or just something to raise when there are crises," he said, emphasising that France had always been a country of migration.

During the 2017 presidential campaign, Mr Macron lavished support on the open door policy of German Chancellor Angela Merkel in allowing in over a million refugees, saying it had "saved our collective dignity".

He said two priorities now had to be giving asylum as quickly as possible to those who have a right to France's protection and integrating them more effectively through more French courses and a more aggressive employment policy.

But he said those who had entered France illegally needed to be moved away "much more efficiently", and that current processes last too long.