The coronavirus, which emerged in the central Chinese city of Wuhan late last year, has spread around the world, with more new cases now appearing outside China than inside. 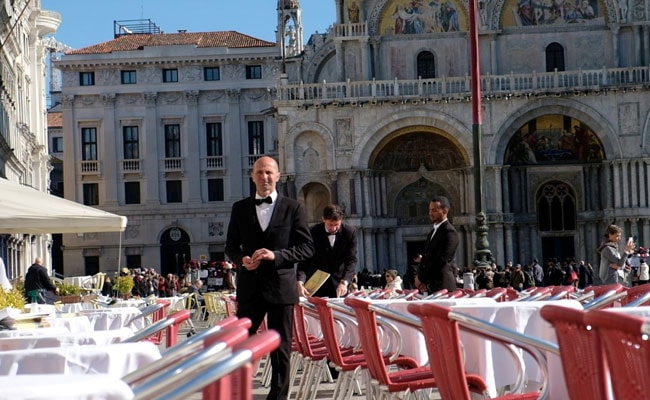 Venice hotelier Judith Boulbain has to go back almost two decades to the 9/11 attacks to recall a time when business was this bad.

Only a month before Easter, one of the busiest holidays in the European calendar, the owner of the Hotel San Samuele in the heart of Venice has seen more than 80% of reservations cancelled, and future bookings have evaporated.

The coronavirus, which emerged in the central Chinese city of Wuhan late last year, has spread around the world, with more new cases now appearing outside China than inside.

Italy is the worst-hit country in Europe, preparing to close schools, cinemas and theatres after more than 100 people died and confirmed coronavirus cases rose above 3,000.

"People are scared, some left early, others didn't show up, others called to ask for a refund," says Boulbain, 46, originally from France, who has been running the Italian hotel since 2006 and has been in the business for almost 25 years.

Her problems illustrate the havoc across the global travel industry, as companies restrict employees' travel, major trade shows are axed and holidaymakers choose to stay at home or postpone plans to book a spring break or summer holiday.

The rapid spread of the virus has plunged the travel and tourism industry, which accounts for more than 10% of global economic growth, into one of its worst crises, according to interviews with more than a dozen industry experts, hotel owners and tour operators.

Travel and tourism accounted for about 319 million jobs, or 10% of total world employment in 2018, according to the World Travel and Tourism Council (WTTC). Leisure represents almost 80% of the total compared with 20% for business spend, it says.

Airlines have suffered the most since the outbreak began, but hotel groups like Hyatt Hotels Corp, cruise operators like Carnival Corp and holiday companies including TUI are also reeling.

"We don't know when this (epidemic) is going to end," says Boulbain.

Experts paint a bleak picture in the near term.

International travel is expected to fall by 1.5% this year, the first drop since 2009 at the height of the global financial crisis, according to consultancy Tourism Economics, an Oxford Economics company. During the 2003 SARS outbreak, rates of travel fell just 0.3%.

With China at the centre of this latest outbreak, Asia Pacific will be the hardest hit region, with a double-digit decline in visitor arrivals forecast for 2020 at 10.5%, according to Tourism Economics.

People have become more resilient to health crises over the past decade or so, on average returning to travel and holidays swiftly once an outbreak is contained, Tourism Economics' analysis shows.

But the coronavirus is unprecedented in its geographic spread. The consultancy is using SARS as its benchmark, which means they expect the virus to be contained by the end of the first half of the year.

Under that scenario, travel rates would start to recover from around July but it will take until 2021/22 before the industry has recovered completely, David Goodger, managing director of Europe and the Middle East at Tourism Economics, told Reuters.

"If the spread of the coronavirus continues, the impacts on tourism could last longer and be much more severe than SARS," the consultancy said in a report published this week.

It's having a knock-on effect beyond tourism. Businesses near a hotel on the Spanish island of Tenerife, which has been under lockdown with hundreds of tourists inside since Feb. 24, are struggling to deal with the lack of customers.

Beverley Veness, a hairdresser from England and owner of the 'Bamboo' hair salon for the past seven years, located in a shopping centre in front of the H10 Costa Adeje Palace Hotel, said her business had been "massively affected" by the lockdown.

"Last week I probably did as many costumers in the whole week as I would do in maybe two hours," she told Reuters, holding an empty appointment book.

To woo customers into making bookings for later in the year, many hotel chains including Melia Hotels, Pangea Group and B the Travel Brand in Spain said they are offering discounts and loosening their cancellation policies.

With almost no bookings for the coming months, Ca' Pagan, a boutique hotel in Venice's city centre, is offering a discount of up to 60% in March and up to 30% in April, owner Giacomo Busatto says.

"Only some Italians are coming, no foreign people," he said.

Those measures may eventually lure back travellers but people are more likely to book last-minute as they wait and see how and where the virus spreads.

"We do not know for how long we can carry on like this. We are losing money. We already had an exceptionally high tide, what's next? A plague?" says Boulbain.