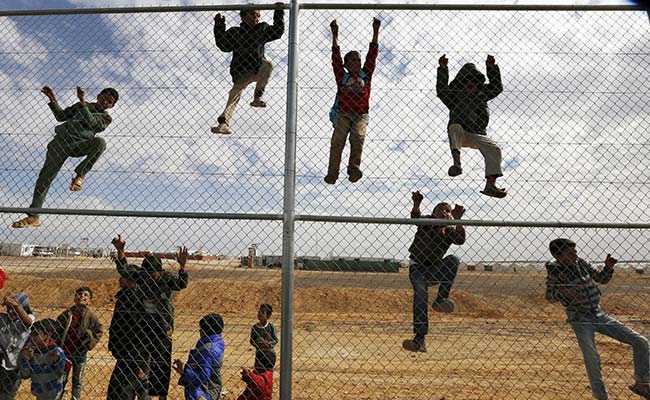 Ottawa: Canada is going full-steam ahead with new leader Justin Trudeau's plan to take in more than 25,000 Syrian refugees by year's end, but the drive has split the nation as the Paris attacks raise security fears.

Dueling online petitions for and against fast-tracking refugee claims have gathered steam in Canada since the attacks claimed by the Islamic State group, with some 45,000 for and 70,000 against as of Tuesday.

Prime Minister Trudeau remains committed to his electoral pledge, telling reporters travelling with him to the Philippines for APEC talks that his government "will make every effort" to resettle the asylum seekers.

But he faces growing criticism at home on the issue.

Trudeau broadly outlined his plan to take in the Syrian refugees during the campaign that swept his Liberals into office last month, and has mobilized several government ministries to get the job done since being sworn in two weeks ago.

But the discovery of a Syrian passport near the body of one assailant in the Paris attacks that killed 129 people last week, has stirred fears in both Europe and North America that jihadists could seek to blend in with refugee masses in order to strike later.

As half of US state governors called for a halt to the resettlement of Syrian refugees, the premier of Canada's Saskatchewan province Brad Wall urged Trudeau in an open letter to rethink his plan.

"If even a small number of individuals who wish to do harm to our country are able to enter Canada as a result of a rushed refugee resettlement process, the results could be devastating," he said.

Others said the timeline was simply unrealistic.

In Quebec, however, Premier Philippe Couillard downplayed security concerns, saying: "The refugees are victims, not terrorists."

"A few months delay won't make a big difference" for the claimants, the University of Ottawa professor told AFP. "Whether they arrive at the end of December or in March it won't matter."

But "the consequences of rushing could be very serious."

Furthermore, "I don't think Canadians will reproach Prime Minister Trudeau for breaking an election promise under the circumstances," Fathally added.

Down the hall at the University of Ottawa, international law professor Errol Mendes pointed out that Canada would be welcoming Syrian refugees who have been living in camps in Jordan, Lebanon and Turkey for months or years.

The individuals concerned have been "registered" or pre-screened by UN officials -- a very different situation to the hundreds of thousands of undocumented migrants heading from Syria to Europe.

"It's a very different process that we're dealing with," he said.

If any claimants cannot be fully vetted by Canadian officials under the set timeline, he suggested they could be temporarily housed at Canadian military bases, away from populated centers, until security checks are completed.

It is important, Mendes added, to show that Canada is welcoming to Muslims.

The firebombing of a mosque in Peterborough and an attack on a veiled woman in Toronto -- both being investigated this week as "hate crimes" against Muslims, possibly in retaliation for the Paris attacks -- help to "sow divisions and create internal tensions over Muslim populations in Western nations," he warned.

This bolsters the recruiting efforts of IS jihadists by making Western Muslims feel unwelcome, he said.

An estimated 100 Canadian young men and women have gone to Syria to join Islamist militants. The gunman who shot a soldier and stormed Canada's parliament last year chose a domestic target after being denied a passport to travel overseas to fight.

"We have to be very careful about playing into the hands of this death cult, nihilistic bunch of thugs," Mendes said.