Michael Spavor's disappearance emerged after former Canadian diplomat Michael Kovrig, who works for the International Crisis Group think tank, was detained during a visit to Beijing on Monday. 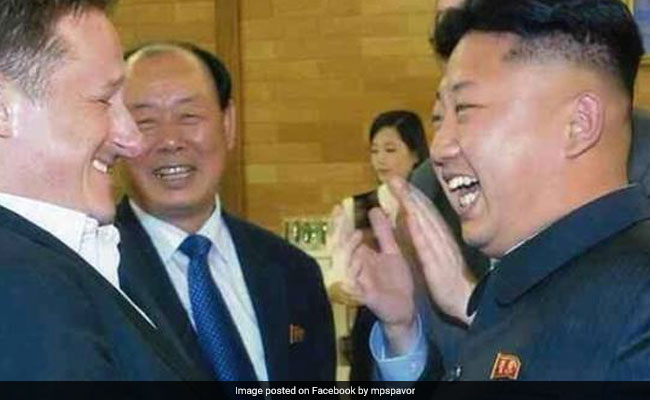 A second Canadian citizen who has been questioned by authorities in China is "presently missing", Canadian officials said Thursday, adding to tensions following the arrest of a top Chinese telecom executive on a US request in Vancouver.

The Canadian foreign ministry identified the second Canadian as Michael Spavor, a China-based business consultant who facilitates trips to North Korea, met with its leader Kim Jong Un and famously arranged some of retired NBA star Dennis Rodman's visits there.

His disappearance emerged after former Canadian diplomat Michael Kovrig, who works for the International Crisis Group think tank, was detained during a visit to Beijing on Monday.

Kovrig's arrest was seen by experts as retaliation over Canada's arrest of Meng Wanzhou, the chief financial officer of Chinese telecom giant Huawei, at Washington's request on allegations related to breaking Iran sanctions.

Meng was released on Can$10 million (US$7.5 million) bail by a court in Vancouver on Tuesday pending a US extradition hearing.

Meng's case has infuriated Beijing and shaken Canada's relations with China, which is itself embroiled in a trade war with the United States.

"We are aware that a Canadian citizen, Mr. Michael Spavor, is presently missing in China," Canadian foreign ministry spokesman Guillaume Berube told AFP in an email.

"We have been unable to make contact since he let us know he was being questioned by Chinese authorities," he said.

Before Spavor's identity was disclosed, Foreign Minister Chrystia Freeland told a press conference that the Canadian government was "working very hard to ascertain his whereabouts and we have also raised his case with Chinese authorities."

China's foreign ministry did not immediately respond to faxed questions.

Spavor is based in northeast China, where he runs the Paektu Cultural Exchange programme, an organisation that facilitates sport, cultural, tourism and business trips to North Korea.

He earned recognition after helping facilitate visits by former Chicago Bulls star Rodman in 2013 and 2014. Spavor has also appeared in North Korean state media photos showing him talking with Kim a few years ago.

AFP's attempts to call his two cellphone numbers were met with messages saying "powered off" or "invalid" and calls to the Paektu Cultural Exchange office went unanswered.

Kovrig's fate is also unknown, as Chinese authorities have yet to confirm why he is being held.

His employer, the Brussels-based International Crisis Group, said he was detained by the Beijing bureau of Chinese state security Monday night, but it has not received any information since then.

China's foreign ministry spokesman Lu Kang said Wednesday that ICG was not registered in China and its employees would be "in violation" of the law if they engage in activities in the country.

The Beijing News newspaper reported Wednesday that Kovrig was under investigation on suspicion of "engaging in activities that endanger China's national security" -- a phrase often used in espionage cases.

"Canada is deeply concerned about the detention of Mr. Kovrig and Canada has raised the case directly with Chinese officials," Freeland said.

ICG closed its office in the Chinese capital after Beijing passed a law on NGOs, which came into force in 2017, to better control the activities on its soil of foreign organisations.

Friends and experts say Kovrig may have become a "hostage" and "pawn" in the three-nation feud.

"In this case it is clear the Chinese government wants to put maximum pressure on the Canadian government," Guy Saint-Jacques, the former Canadian ambassador to Beijing, told AFP.

Freeland has also indirectly criticised statements by US President Donald Trump, who said in an interview on Tuesday he was ready to intervene in the Meng affair if it helped seal a trade deal with China.

"Our extradition partners should not seek to politicise the extradition process or use it for ends other than the pursuit of justice and following the rule of law," the Canadian minister said.

Asked by Reuters if he would intervene with the Justice Department in her case, Trump had been quoted as saying: "Whatever's good for this country, I would do."

Freeland said it would be "up to Ms. Meng's lawyers whether they choose to raise comments in the US as part of their defence of Ms. Meng."

It "will be up to the Canadian judicial process, to Canadian judges, how to weigh the significance of what Ms Meng's lawyers say."