Constable Gurvinder Dhaliwal who assisted in Meng Wanzhou in 2018 arrest on a US warrant, testified in court he was given the security code by Royal Canadian Mounted Police. 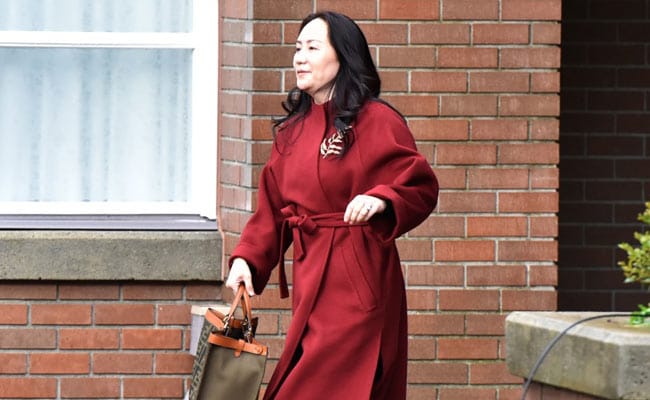 Constable Gurvinder Dhaliwal, the federal police officer in charge of securing evidence in the extradition case, who assisted in her December 2018 arrest on a US warrant, testified in court he was given the security code by another Royal Canadian Mounted Police officer but said: "I have no idea where he got that from."

Meng, Huawei's chief financial officer, has been for two years fighting extradition to the United States, where she faces fraud charges related to the company's activities in Iran in breach of US sanctions.

This month's hearings have heard from police and customs officers involved in her arrest.

Dhaliwal also said he was emailed three days after the Meng's arrest on December 1, 2018 by another RCMP officer, Ben Chang, who asked him to access her electronic devices' serial numbers and identification codes to pass on to the US Federal Bureau of Investigation.

Chang has since refused to testify despite being requested as a witness by Meng's defense lawyers, a matter they have called "of some concern" with "consequences."

And the one email Chang eventually sent to the FBI about Meng's arrest, according to court filings, was deleted after he retired from the RCMP. He has denied providing the FBI with Meng's device passcodes.

It was not clear what, if anything, Canadian authorities did with the security code to Meng's house.

A piece of paper with the code written on it, as well as her house keys, were handed over to a person Meng called to collect her luggage at the Vancouver airport after she was detained.

Meng stayed at the house for several months under strict bail conditions, before moving into another, larger Vancouver home that she owns.

Her lawyers contend that Canada violated her rights when she was detained, searched and interrogated for hours.

The daughter of Huawei's founder was questioned without a lawyer present and without knowing why, and had to give the passwords to her electronic devices -- phones and a laptop -- to customs officers, who gave them to the federal police.

The passwords were then sent to the FBI, which Meng's lawyers have latched onto to accuse Canadian federal police of colluding with the US agency.

The extradition case is scheduled to wrap up in April 2021.