Two Boys, 11 And 14, Killed In Shooting In Elementary School Parking Lot In California

Police said it was unclear why the boys were in the parked van so late at night or whether they had an adult with them. 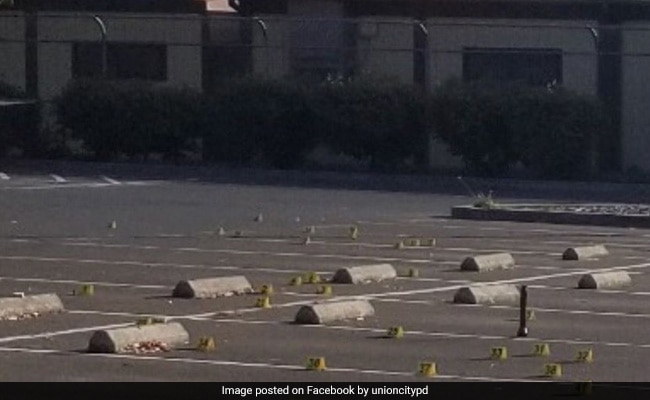 The shooting occurred just before 1:30 in the morning, police said.

Two boys were found shot to death in the parking lot of a San Francisco Bay area elementary school early Saturday, authorities say, unsettling a community where homicides are rare.

The discovery came after multiple residents called 911 just before 1:30 a.m. Saturday to report hearing gunshots coming from Searles Elementary School, whose small campus is tucked in a residential neighborhood. Police found an 11-year-old and a 14-year-old alone in a van, both with gunshot wounds, Union City, California, police said in a statement Saturday. The older boy was pronounced dead at the scene, while the younger child died while being taken to a hospital.

Gigi Erickson, who lives in the neighborhood, told CBS San Francisco that she awoke to the sound of gunshots.

Erickson wondered why the boys were in a van at the school so late at night and added, "I'm just so heartbroken that these kids had to go through that."

Police said it was unclear why the boys were in the parked van so late at night or whether they had an adult with them.

Police were not releasing the names of the victims because they are minors. Late Saturday, police were still investigating whether the boys were approached by one or more perpetrators on foot or in a car and were searching for a motive.

Neighbors reported hearing between 15 and 20 gunshots - an unusual occurrence in what one resident described to CBS as a quiet neighborhood.

The New Haven Unified School District confirmed late Saturday that the one of the victims was a student in the district, while the other was a former student.

John Thompson, superintendent of the school district, said in a statement that the district would have "support for our students and staff at the sites where these students attended when school resumes after the Thanksgiving break."

"We also work closely with the Union City Police Department to ensure that our schools are as safe as they can be," Thompson said.

Police noted a nonfatal double shooting early Wednesday morning just a half-mile from the site of Saturday's double homicide but said there is no evidence that the incidents are linked.

Homicides are rare occurrences in Union City: The city of roughly 75,000 people half an hour southeast of San Francisco has registered only one homicide per year since 2016, according to city data.