"It is my belief that Buddhism - our shared spiritual heritage - is the unchanging constant in our age-old relationship," the Queen Mother said. 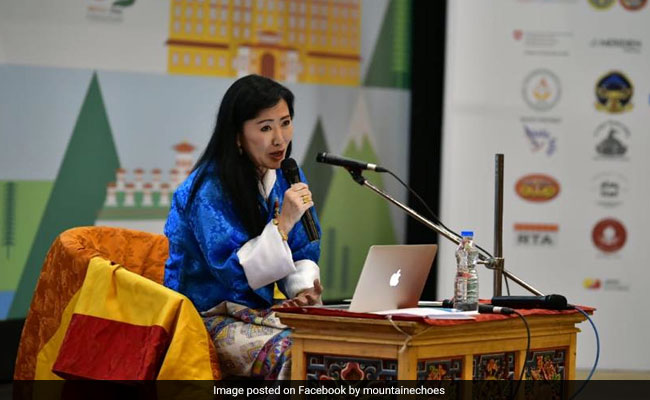 Buddhism as one of India's greatest gifts to Bhutan, Queen Mother of Bhutan said.

Describing Buddhism as one of India's greatest gifts to Bhutan, the Himalayan nation's queen mother said yesterday that the ancient religion is the "unchanging constant" in the deep bond between the two neighbours.

"It is a matter of immense satisfaction and happiness for the people of Bhutan and India that our two countries enjoy excellent and exemplary friendship - a friendship that is anchored in unwavering trust, goodwill, understanding, and mutually beneficial cooperation," Queen Mother Ashi Dorji Wangmo Wangchuk said.

She was delivering the opening address at the ninth edition of the Mountain Echoes Literary Festival that is celebrating 50 years of the establishment of formal diplomatic ties between the two countries.

"Following the arrival of Buddhism, great Buddhist masters from India, most notably Guru Padmasambhava, travelled to Bhutan. The teachings of Lord Buddha and Guru Padmasambhava continue to influence the lives of every Bhutanese", she said.

"It is my belief that Buddhism - our shared spiritual heritage - is the unchanging constant in our age-old relationship," the Queen Mother said.

She added that the relationship between India and Bhutan draws it strength from the rich tapestry of shared cultural and historical heritages.

She recalled the time when the Third King of Bhutan and then Indian Prime Minister Jawaharlal Nehru laid the foundation of India-Bhutan relations.

Following Mr Nehru's visit, Bhutan launched its first Five Year Plan in 1961, which, along with the second, was financed by India.

"It was during this period that the first motorable roads, schools and hospitals were built in Bhutan," she said.

The Queen Mother also credited India for Bhutan's admission to the United Nations as a member on September 21, 1971. India had sponsored the membership. 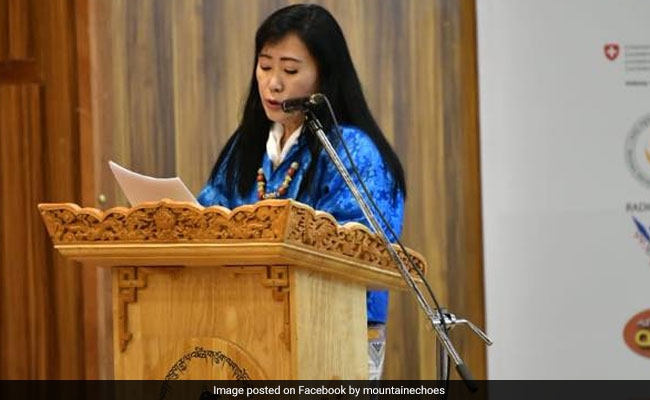 She was delivering the opening address at the ninth edition of the Mountain Echoes Literary Festival.

Subsequently, Jigme Singye Wangchuck, the Fourth Druk Gyalpo, followed in the footsteps of his predecessor, and forged friendships with successive Indian leaders. Achievements during this period include the commissioning of a series of hydropower projects in Bhutan, the first being the Chhukha Hydropower Project.

"His Majesty the Fourth Druk Gyalpo envisioned hydropower as the backbone of Bhutanese economy. And, India continued to be our largest development partner and their aid almost doubled every five year plan," the Queen Mother said.

In 2003, the two countries faced a threat from militants who entered Bhutan.

"In a departure from all norms, His Majesty the Fourth Druk Gyalpo led a small group of Bhutanese army from the front to flush out the militants from the Bhutanese soil as the last option. It is a reflection of the commitment of highest order to the friendship towards the people of India by His Majesty the Fourth Druk Gyalpo," the Queen Mother said.

The deepening and evolving friendship between two countries strengthened with the signing of the India-Bhutan Friendship Treaty on February 8 in 2017.

The Mountain Echoes Literary Festival, which opened to the public yesterday, will feature over 75 eminent speakers who will discuss a range of topics, including environment, music, art, theatre and history.

The three-day event will come to a close on August 25.