British Woman Charged For Stabbing Husband In Chest In Malaysia

Murder is punishable with a mandatory sentence of death by hanging in Malaysia, and the woman indicated that she understood it but did not enter a plea. 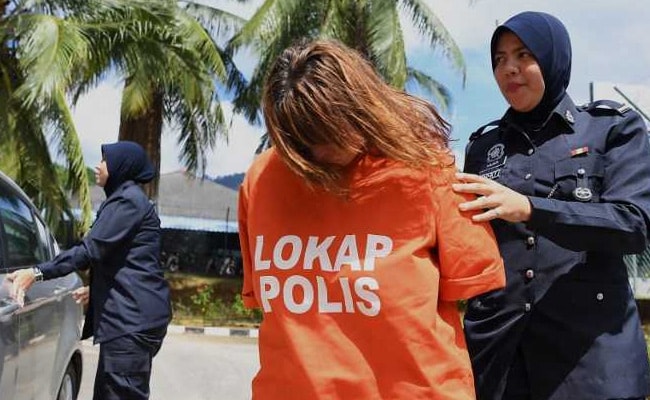 Samantha Jones is accused of killing her husband who was found dead in their house. (AFP)

A British woman was Tuesday charged with murdering her husband on the Malaysian holiday island of Langkawi, with her lawyer saying that the suspect felt "overwhelmed".

Samantha Jones, 51, appeared in court on the island accused of killing John William Jones, who was found with a stab wound to the chest in their house earlier this month.

A court official read out the charge of murder, which is punishable with a mandatory sentence of death by hanging in Malaysia, and Jones indicated that she understood it but did not enter a plea.

She is accused of committing the murder in the early hours of October 18.

"It is her husband at the end of the day. So she's also grieving for him despite the circumstances of the case," she told reporters outside the magistrates' court.

The British couple had lived for the past 11 years on the jungle-clad island in northwest Malaysia, which attracts millions of tourists to its beaches every year.

Police say Jones is suspected of killing her 62-year-old husband after a row. A bloodstained knife was found on the floor of their bedroom following her arrest.

She will appear in court again on November 29. Her lawyer said the case was not yet ready for trial as authorities were still getting documentation in order.

Malaysia's new government has pledged to abolish the death penalty, which is mandatory for several crimes, but lawmakers still have to vote on whether to approve the changes.

(Except for the headline, this story has not been edited by NDTV staff and is published from a syndicated feed.)
Comments
Samantha JonesBritish Woman Murders Husband In MalaysiaMalaysia