US media reports allege Donald Trump passed ultra-sensitive classified information about the IS -- gleaned by a foreign intelligence partner -- to Russian diplomats during a meeting in the Oval Office. 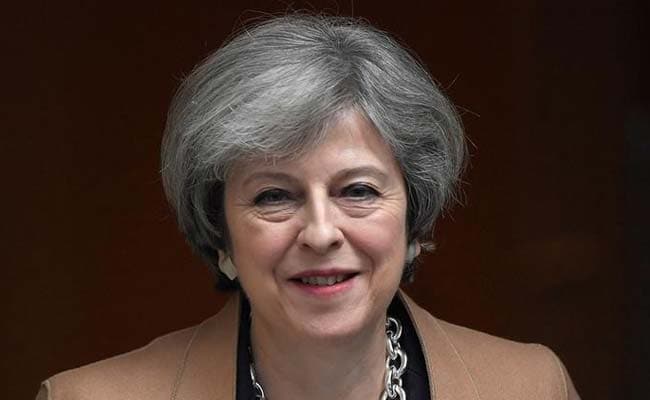 Theresa May said Britain has confidence in the relationship between them and the United States.

London, United Kingdom: British Prime Minister Theresa May said Wednesday that it was up to US President Donald Trump to decide what intelligence he shared, after reports he divulged top-secret data to the Russians.

"Decisions about what President Trump discusses with anybody that he has in the White House is a matter for President Trump," May told a press conference in London.

She said the British relationship with the US "is the most important defence and security relationship that we have around the world".

"We have confidence in that relationship between us and the United States, that it helps to keep us all safer."

US media reports allege Trump passed ultra-sensitive classified information about the Islamic State group -- gleaned by a foreign intelligence partner -- to Russian diplomats during a meeting in the Oval Office.

The Washington Post said he described details about a plot involving laptop computers on airplanes, revealing where the information was gathered.

"We are all working together to deal with the threats that we face, the key threat of course being the threat of terrorism," both from IS and Al-Qaeda, May said.

"Working with the United States and others to deal with that terrorist threat is an important part of maintaining our national security and we will continue to do so."

(Except for the headline, this story has not been edited by NDTV staff and is published from a syndicated feed.)
Comments
USDonald TrumpBritainTheresa May