British Police Arrest Man Inside The Grounds Of Parliament

The man was handcuffed as police pointed a gun at the man's head. Police did not immediately comment. 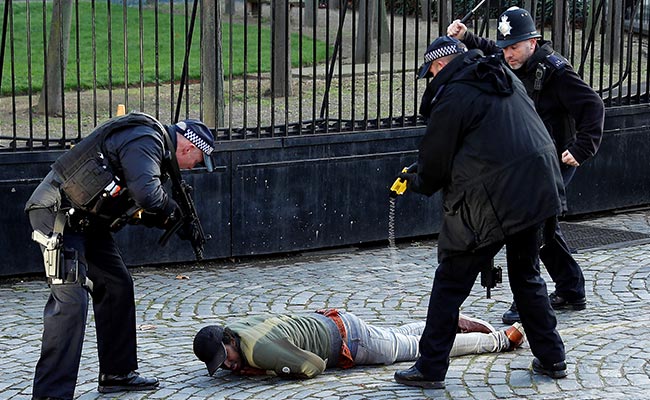 Armed British police used a Taser stun gun to restrain a man after he ran into the grounds of parliament on Tuesday, close to where an officer was stabbed to death last year, and ignored warnings to stop.

"Stop. Get down," police shouted at the man shortly before noon just inside parliament's main Carriage Gates, a Reuters photographer who witnessed the incident said.

Reuters pictures showed armed police using the Taser stun gun on the man on the cobbled forecourt outside parliament. He was later handcuffed as police pointed a gun at his head.

"The man was subsequently arrested on suspicion of trespassing at a protected site, and taken to a police station where he remains," police said in a statement. 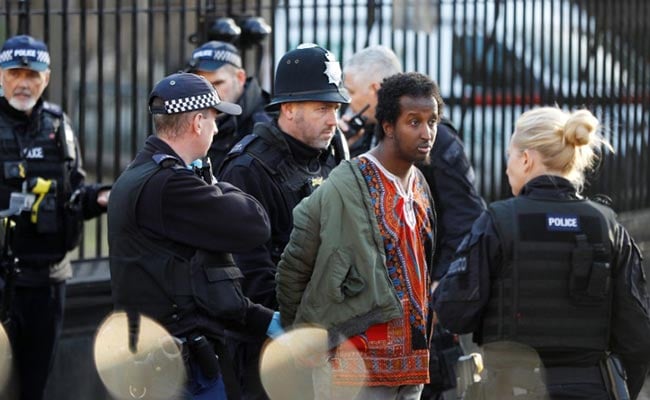 The arrested man will have a mental health assessment."

The incident, which is not being treated as terrorism, happened near where 52-year-old Khalid Masood stabbed an unarmed police officer to death in March 2017 after killing four people on nearby Westminster Bridge. He was shot dead.

In August, a man was arrested after driving a car into pedestrians and cyclists before ramming into barriers outside the parliament building in what police said appeared to be a terrorism attack.

(Except for the headline, this story has not been edited by NDTV staff and is published from a syndicated feed.)
Comments
man in UK Parliament campusBritish Police arrest man in Parliament campus