Theresa May told MPs in her Conservative party on Wednesday that she would not "stand in the way" of new leadership for the "second phase of Brexit negotiations". 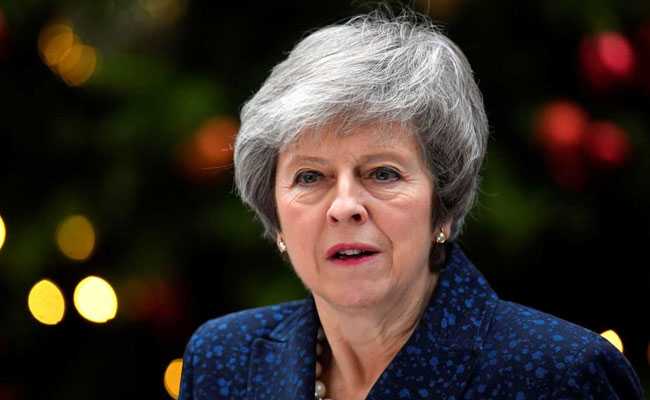 In a major blow to PM Theresa May's authority, lawmakers voted through a debate to seize control of House

Faced with losing all control over the Brexit process, British Prime Minister Theresa May looks to have played her final card by announcing she will step down if MPs approve her Brexit deal.

The embattled Conservative leader has faced growing calls to resign over the political crisis that has gripped Britain for months, and which forced her to ask the EU last week to delay Brexit by a fortnight.

With many MPs now pressing for a longer extension or even to reverse the whole process, May has made one last attempt to secure support for the divorce deal she has struck with Brussels.

She told MPs in her Conservative party on Wednesday that she would not "stand in the way" of new leadership for the "second phase of Brexit negotiations" -- although did not spell out when exactly this would be, or what she would do if her deal was rejected.

'Time to move on'

May has in the past won praise for her determination and ability to survive an extraordinary period of political turmoil since the Brexit vote but has now come under fire over her handling of Britain's messy departure from the EU.

In support of May, Finance minister Philip Hammond said she had "demonstrated once again that she puts getting an orderly Brexit done ahead of everything else."

Chief Secretary to the Treasury Liz Truss said May "cares deeply about our country and is a patriot.

"People must now support the deal and move us forward," she said.

But May's approach to the endgame -- refusing to accept that MPs did not like her deal and delaying Brexit to keep trying to push it through -- has prompted deep frustration and anger on all sides.

Opposition Labour leader Jeremy Corbyn said her pledge to stand down "shows once and for all that her chaotic Brexit negotiations have been about party management, not principles or the public interest".

Scottish First Minister Nicola Sturgeon said the deal was "so bad that the PM has to promise to resign to get it through", adding that May's promise would "make an already bad project even worse".

May has all but lost control of her government, with ministers from both the pro- and anti-Brexit camps joining scores of Conservative MPs in defying the government in parliamentary votes.

At the weekend, after another humiliating Brussels summit, British newspapers were full of reports of moves by her colleagues to oust her.

The Conservative-supporting Spectator magazine suggested May was the "worst prime minister in our history", condemning her "lack of imagination, inability to lead a team or solve complex problems".

Despite having campaigned to stay in the EU, May then embraced the cause once she took office with the mantra "Brexit means Brexit".

Her promise to leave the EU's institutions and end free movement of workers delighted eurosceptic MPs, but caused dismay among many pro-Europeans.

The splits in her Conservative party became a serious problem after she called a snap election in June 2017 and ended up losing her parliamentary majority.

She was forced to strike a deal with Northern Ireland's pro-Brexit Democratic Unionist Party (DUP), and since then has struggled to keep her party and its allies together.

Naturally reserved and reliant on her husband Philip and a few close aides, May says she is just quietly "getting on with the job".

But in the last election, she struggled to engage with voters and was dubbed the "Maybot" after churning out the same answers and speeches over and over again.

The question now is whether May's gamble succeeds -- and who might succeed her.

May has faced repeated challenges since taking office, with figures such as former foreign minister Boris Johnson constantly challenging her authority.

But she won a leadership challenge within her own party in December, even if she had to promise to quit before the next scheduled election in 2022.

May's critics are hampered by their own divisions, and have so far failed to unite behind a rival candidate.

(Except for the headline, this story has not been edited by NDTV staff and is published from a syndicated feed.)
Comments
Theresa May to step downTheresa May resignBrexit Theresa May