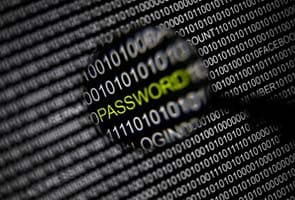 London: Britain must say if its spies acted illegally after revelations that they received data collected secretly by the United States from the world's biggest Internet companies, members of parliament said on Monday.

The Guardian newspaper has suggested that the United States may have handed over information on Britons gathered under a top secret programme codenamed PRISM which collated emails, Internet chat and files directly from the servers of companies such as Google, Facebook, Twitter and Skype.

Foreign Secretary William Hague, who is due to address parliament on Monday about the reports, has said Britain's GCHQ eavesdropping agency broke no laws, though he refused to confirm or deny that Britain had received the secretly collected data.

Lawmakers have asked whether British spies might have circumvented a law that demands senior-level approval for intercepting emails and Internet data about people in the United Kingdom, by simply asking for it from the United States.

"One of the big questions that's being asked is: if British intelligence agencies want to seek to know the content of emails, can they get round the normal law in the UK by simply asking an American agency to provide that information?" Malcolm Rifkind, the chairman of parliament's Intelligence and Security Committee, told BBC Radio 4 on Monday.

"The law's actually quite clear: if the British intelligence agencies are seeking to know the content of emails about people living in the UK then they actually have to get lawful authority," he said.

U.S. law puts limits on the government's authority to snoop at home but virtually no restrictions on U.S. spies eavesdropping on the communications of foreigners, including in allied countries, such as Britain, with which Washington shares intelligence.

The Guardian said it had obtained documents which showed GCHQ had generated 197 intelligence reports from PRISM last year.

GCHQ, the Government Communications Headquarters, is the responsibility of Foreign Secretary Hague.

"As the minister responsible for GCHQ he does need to seek to give assurances to parliament about the laws and procedures that are in place," Douglas Alexander, foreign affairs spokesman for the opposition Labour party, told the BBC.

Promoted
Listen to the latest songs, only on JioSaavn.com
The Guardian reported that GCHQ had been secretly gathering intelligence from PRISM and had had access to the system since at least June 2010.

GCHQ said in an emailed statement to Reuters last week: "Our work is carried out in accordance with a strict legal and policy framework which ensures that our activities are authorised, necessary and proportionate."
© Thomson Reuters 2013