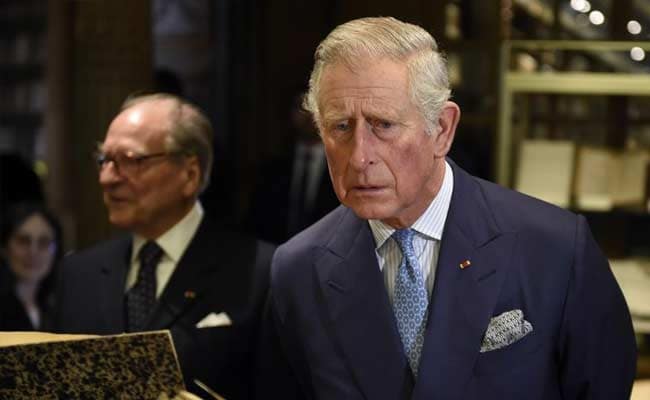 The heir to the British throne was awarded the Francois Rabelais prize by France's institute of sciences and arts.

Paris: Britain's Prince Charles said Monday he feared for the very existence of traditional French cheeses as he received a prize in Paris for his long-term commitment to organic farming.

Having spoken earlier at the opening of the key UN climate talks outside Paris, the heir to the throne was awarded the Francois Rabelais prize by France's institute of sciences and arts, named after the Renaissance scholar and physician.

Charles told an audience of distinguished scientists under the institute's domed roof in the French capital: "The distinctiveness of local cuisine is one of the most important ways we identify with the places and regions we love."

He recalled a visit to Paris in 1992 when he pleaded the case for British specialist cheese producers -- and said that more than two decades on, his concerns were only heightened in a world of genetically modified produce.

"What will become of the Brie de Meaux, the Crottin de Chavignol or the Bleu d'Auvergne?" the 67-year-old asked.

"In a microbe-free, progressive and genetically engineered future, what hope is there for the old-fashioned Fourme d'Ambert, the mal-formed Gruyere de Comte or the odorous Pont L'Eveque?"

The prince said that while it may sound "silly" to say so, "a very important part of the whole magnificent edifice of European civilisation rests on the inherited genius and craftsmanship of the people who make such distinguished concoctions".

He hailed the French government for launching an initiative to raise awareness of the fact that the world's soils hold three times as much carbon as the atmosphere.

"They have calculated that if the quantity of carbon contained in soils could be increased by just 0.4 percent per year, the annual increase in carbon dioxide in the atmosphere could be halted."

Charles said he hoped the French initiative "will be given proper attention by policymakers".

The prize the prince received rewards those who work to "enhance the heritage of food".