The BBC acknowledged it had told Gracie - who speaks fluent Mandarin and has reported on China for three decades - that she would be paid in line with the North America Editor and she accepted the role on that understanding. 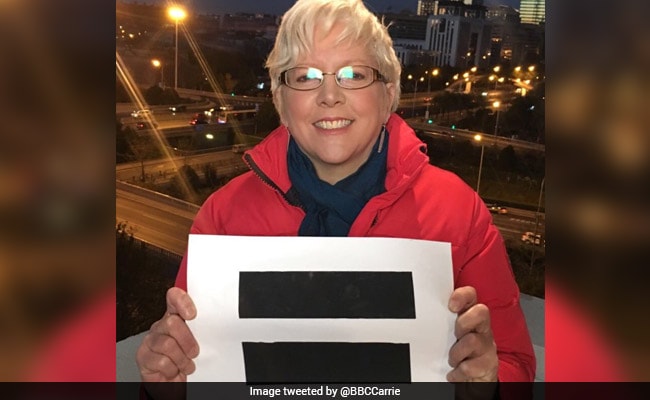 China specialist Carrie Gracie, had quit her post to against what she called "secretive BBC pay culture"

Britain's public broadcaster, the BBC, apologised on Friday for paying its China Editor Carrie Gracie less than male editors elsewhere, saying it was committed to the principle of equal pay.

Gracie quit her post in January in a dispute over equal pay after the BBC was forced to disclose salary levels which showed two thirds of highest earners on air were men and some earned far more than women in equivalent roles.

The BBC acknowledged it had told Gracie - who speaks fluent Mandarin and has reported on China for three decades - that she would be paid in line with the North America Editor and she accepted the role on that understanding.

"The BBC acknowledges the specific circumstances relating to Carrie's appointment, apologises for underpaying Carrie, and has now put this right," the BBC said in a statement.

The BBC was compelled to list the top salaries in the organisation as part of its latest funding settlement with the government.

The broadcaster said it had backdated Gracie's pay to make amends and was "committed to the principle of equal pay".

"I'm delighted to donate all the backdated pay from the BBC to help women striving for equality at work," said Gracie, who is now taking six months unpaid leave to write and speak about both China and gender equality.

Britain enacted legislation outlawing sex discrimination in the 1970s and this was followed by an equality act in 2010, but women still earn less than men across much of the economy.

The Institute for Fiscal Studies (IFS) - a leading think tank - earlier this year said Britain's gender wage gap stood at about 20 percent, down from nearly 30 percent in the 1990s.

Amid growing pressure for equal salaries, Britain introduced a law in 2017 requiring companies with at least 250 workers - which covers almost half of its workforce - to report pay discrepancies between male and female employees.

(Except for the headline, this story has not been edited by NDTV staff and is published from a syndicated feed.)
Promoted
Listen to the latest songs, only on JioSaavn.com
Comments
Britain BBCCarrie Gracie