With less than eight months to go until March 29 when it leaves the bloc, Britain has yet to reach a divorce agreement with the EU. 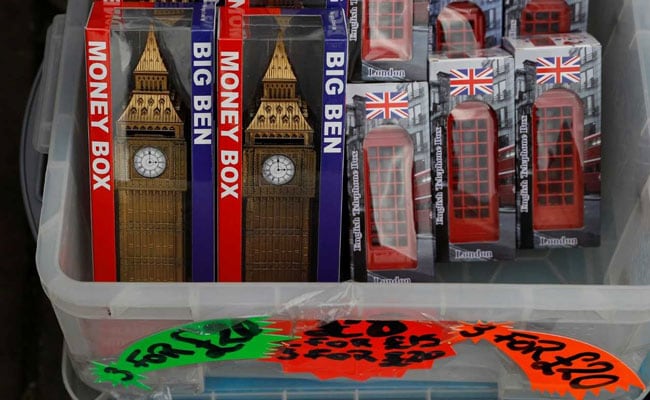 Britain will on Thursday publish a series of notes advising people and businesses how to protect themselves from the potential disruption of a 'no deal' break with the European Union.

With less than eight months to go until March 29 when it leaves the bloc, Britain has yet to reach a divorce agreement with the EU. Negotiations resumed on Tuesday but diplomats in Brussels expect an informal deadline of October to be missed.

Around 80 technical notices are expected over the coming weeks covering everything from financial services to food labelling.

"Whilst we are setting out these technical notices today to deal with the unlikely eventuality of a no deal I am still confident that a good deal is within our sights," Brexit Minister Dominic Raab told BBC radio.

"We are at every meeting making good progress on the outstanding separation issues." 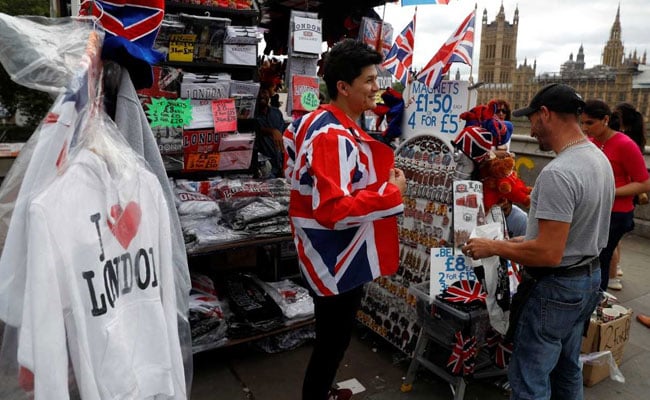 A man tries on a Union Jack themed jacket at a souvenir stall in London in London, Britain.

Several ministers have warned that the risk of leaving without an agreement has increased. Earlier this month trade minister Liam Fox put the chances at 60-40.

Raab will say that in some cases Britain will take unilateral action to maintain continuity in the event of a no-deal Brexit.

The government will announce that British citizens who have lived and worked overseas risk losing access to their pensions, the Sun newspaper reported.

Many economists say failure to agree exit terms would seriously damage the world's fifth-largest economy as trade with the EU, Britain's largest market, would become subject to tariffs.

Supporters of Brexit say there may be some short-term pain for the economy, but that long-term it will prosper when cut free from the EU.

The opposition Labour party's Brexit spokesman Keir Starmer said his party may back a second referendum if parliament votes down the prime minister's plan.

Starmer said the talks with the EU are "going badly" and the publication of the documents on how to prepare for a no deal is a sign the government is "moving into panic mode".

A survey this month by the Institute of Directors, a business lobby group, found that fewer than a third of company bosses had carried out contingency planning on Brexit.

"'No deal' preparations should have happened far earlier, and the onus is on government to move quickly and give businesses as much detailed technical information as possible to avoid significant disruption in any scenario," Adam Marshall, Director General of the British Chambers of Commerce, said before the publication of the advice notices.

Customs and tax procedures, immigration rules and how to process transactions are among the things companies need more information from government on, Marshall said.

(This story has not been edited by NDTV staff and is auto-generated from a syndicated feed.)
Comments
BrexitNo DealNo Deal Brexit