Authorities raided the MV Gibraltar after it docked at the southern England port of Felixstowe on August 30. 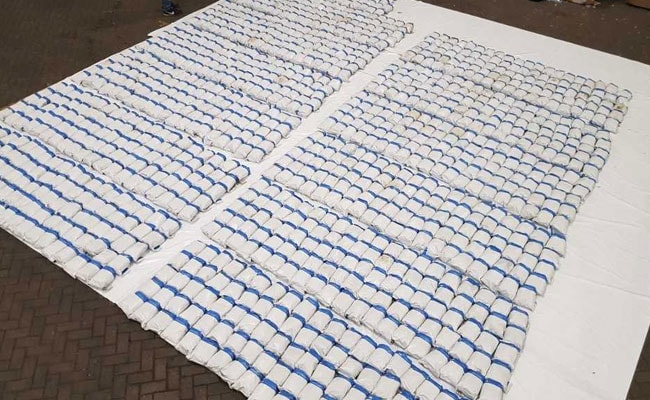 Heroin seized from a container ship at the southern England port of Felixstowe. (AFP)

An international operation has netted the largest ever heroin seizure in Britain, the National Crime Agency (NCA) said Wednesday, with nearly 1.3 tonnes recovered from a container ship.

Authorities raided the MV Gibraltar after it docked at the southern England port of Felixstowe on August 30, the NCA said.

British police had found out that the heroin, with a street value of around 120 million pounds ($145 million, 133 million euros), would be on the vessel when it docked en route to Antwerp.

"The smugglers had hidden the drugs within a coverload of towels, stitching the 1kg blocks of heroin inside some of the towels," said Jenny Sharp, Border Force Assistant Director at Felixstowe.

"In total it took my officers nearly six hours -- working in the early hours of Saturday morning -- to remove the drugs."

The container was then put back on the boat as it set off for Antwerp.

Dutch and Belgian law enforcement agencies tracked the container as it made its way by lorry from Antwerp to Rotterdam, then moved in and arrested four as they unloaded the consignment.

"This is a record heroin seizure in the UK and one of the largest ever in Europe," said the NCA's Matt Horne.

"The size of this and other recent shipments demonstrate the scale of the threat we face."