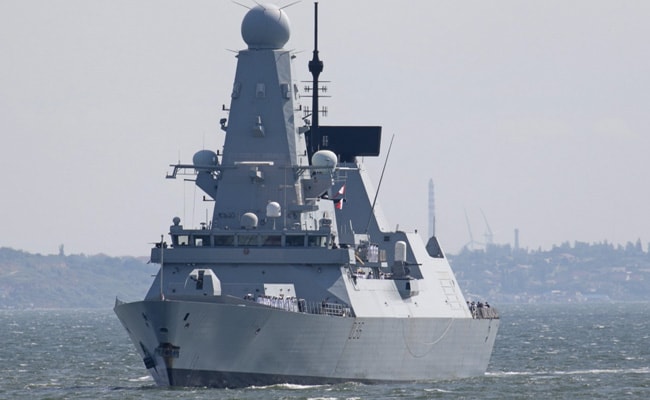 Britain plays down the Black Sea incident off the Crimea peninsula.

Britain on Thursday played down an incident in the Black Sea off the Crimea peninsula in which Russia said it fired warning shots at a British destroyer.

Russia, one of the world's biggest military powers, said the British warship had breached its territorial waters - which Britain and most of the world says belong to Ukraine - and cast Britain's actions as a blatant provocation.

Britain disputed Russia's account, saying no warning shots had been fired and that no bombs had been dropped in the path of HMS Defender.

"I don't think there is anything in this particular event that people should get too carried away by," Eustice said.

"I don't think there were warning shots, there was a gunnery exercise that was taking place, and it's not uncommon for the Russians to do this in this area. The incident is not particularly abnormal in that sense."

Russia seized and annexed the Crimea peninsula from Ukraine in 2014 and considers areas around the peninsula's coast to be Russian waters. Western countries deem Crimea part of Ukraine and reject Russia's claim to the seas around it.

Russia said the British ship had ventured as far as 3 km (2 miles) into Russian waters near Cape Fiolent, a landmark on Crimea's southern coast near the port of Sevastopol, headquarters of the Russian Navy's Black Sea fleet.