"This is an amazing moment for this country," he said in a New Year message. "We have our freedom in our hands and it is up to us to make the most of it." 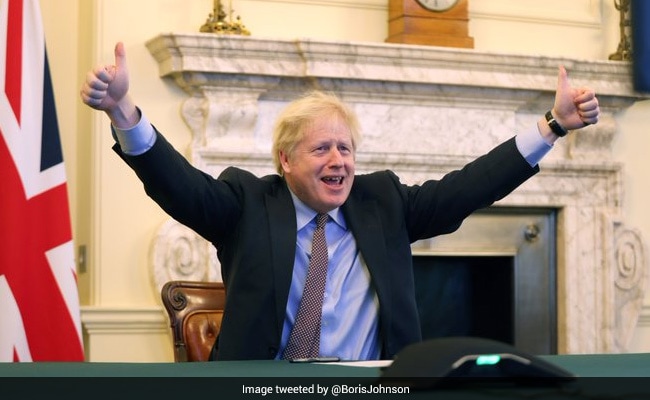 Prime Minister Boris Johnson said Thursday Britain will be "an open, generous, outward-looking, internationalist and free-trading" country once it quits all EU rules at 2300 GMT.

"This is an amazing moment for this country," he said in a New Year message. "We have our freedom in our hands and it is up to us to make the most of it."

In the broadcast message, Johnson spelt out grounds for hope in the coronavirus crisis now that vaccines are coming on stream, including one developed in Britain by Oxford University and Cambridge-based AstraZeneca.

A "hard struggle" still lies ahead after a new variant of the disease emerged in Britain, he said.

"But as the sun rises tomorrow on 2021 we have the certainty of those vaccines: pioneered in a UK that is also free to do things differently, and if necessary better, than our friends in the EU," Johnson said.

"Free to do trade deals around the world. And free to turbocharge our ambition to be a science superpower," he said, noting ambitions in biosciences, artificial intelligence, battery and wind technology.

Britain would work with partners around the world as it chairs the G7 club of nations and the UN's COP 26 climate change summit next year, the prime minister said.

He appealed also for unity at home among the UK's fractious nations after strains laid bare by the Brexit saga.

"And I think it will be the overwhelming instinct of the people of this country to come together as one United Kingdom -- England, Scotland, Wales and Northern Ireland -- working together to express our values around the world."