The lawsuit was filed in US District Court in Chicago, where Boeing is based, on behalf of the family of an American man who died when an Ethiopian Airlines plane crashed last month. 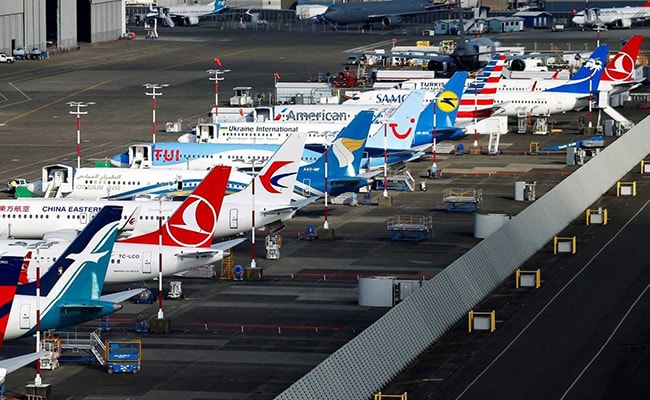 Boeing has been working on a software update designed to change the way MCAS operates. (File)

Citing "corporate greed" and "serious misconduct," the family of an American man who died when an Ethiopian Airlines plane crashed last month filed a lawsuit Monday against Boeing, the manufacturer of the 737 Max aircraft.

The lawsuit was filed in US District Court in Chicago, where Boeing is based, on behalf of the family of Mucaad Hussein Abdalla. It is one of a growing number of claims against the company in the wake of two deadly crashes involving the 737 Max.

"We miss him dearly," said Abdalla's brother, Hassan Abdi. "He had a long life ahead of him and he was taken away from us too soon."

"In my decades of representing families of the victims of air crashes, I have never seen a case with such serious misconduct by an aircraft manufacturer," said Floyd Wisner, one of several Houston-based attorneys representing the family.

"Once again corporate greed has prioritized profits over safety with tragic consequences for the public," attorney Nomaan Husain said. "Our goal with this lawsuit is to obtain answers for our grieving clients and hold those accountable for creating this tragedy."

Boeing said it would not comment on the lawsuit directly, extended its "heartfelt condolences and sympathies to the families and loved ones of those onboard Ethiopian Airlines Flight 302."

Abdalla was one of 157 people killed when Ethiopian Airlines Flight 103 crashed shortly after take off from Bole International Airport, in Addis Ababa, on March 10. It was the second crash of a Boeing 737 Max jet in five months. Lion Air Flight 610 plunged into the Java Sea in Indonesia shortly after takeoff on October 29, killing all 189 people on board.

A preliminary report on the Ethiopian Airlines crash released last week indicated the plane's pilots struggled to control of the MCAS before the crash. The system may have been triggered by faulty information from one of the two angle-of-attack sensors mounted on the aircraft's nose, the report said. Investigators think a similar sequence of events involving MCAS may have led to the Lion Air crash.

Boeing has been working on a software update designed to change the way MCAS operates. Instead of acting based on information from a single sensor, the system will act on information from both angle-of-attack sensors. The software update is part of a package of proposed changes, including additional training for pilots and updated manuals that Boeing is expected to submit to the FAA in coming weeks.

On Thursday, Boeing Chief Executive Dennis Muilenburg acknowledged that MCAS, short for Maneuvering Characteristics Augmentation System, was a factor in both crashes.

"The history of our industry shows most accidents are caused by a chain of events," Muilenburg said. "This again is the case here, and we know we can break one of those chain links in these two accidents. As pilots have told us, erroneous activation of the MCAS function can add to what is already a high workload environment. It's our responsibility to eliminate this risk. We own it and we know how to do it."

In addition to Boeing, the lawsuit filed Monday also names Rosemount Aerospace, which manufactured the angle of attack sensor.

At least two other families have filed similar suits on behalf of passengers on the Ethiopian Airlines flight.

Last week, the family of Samya Stumo, a 24-year-old health care analyst who was on assignment in Ethiopia, sued Boeing. The family said they also plan to file a claim against the Federal Aviation Administration.

Lawyers for the family of Jackson Musoni, 31, a United Nations employee, filed a lawsuit in late March. Musoni was a citizen of Rwanda and worked as a field coordinator with the United Nations Refugee Agency based in Sudan's East Darfur, according to the agency. He was one of 19 U.N. aid workers and staffers who were on board Flight 302, many of whom were traveling to Nairobi for the U.N. Environment Assembly.

More than 30 relatives of those who were killed in the Lion Air crash have also sued Boeing and more lawsuits are expected, several aviation attorneys said.