The information is part of preliminary findings from the analysis of black boxes from Ethiopian Airlines flight 302, which crashed southeast of Addis Ababa killing 157 people on March 10, the source told AFP on condition of anonymity. 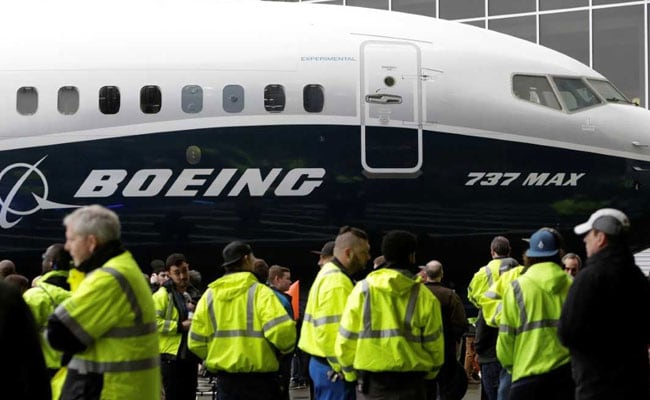 The MCAS lowers the aircraft's nose if it detects loss of airspeed specifically for 737 MAX.

Boeing's MCAS anti-stall system, which was implicated in the October crash of a 737 MAX 8 in Indonesia, was also activated shortly before a recent accident in Ethiopia, a source with knowledge of the investigation said Friday.

The information is part of preliminary findings from the analysis of black boxes from Ethiopian Airlines flight 302, which crashed southeast of Addis Ababa killing 157 people on March 10, the source told AFP on condition of anonymity.

The information was presented Thursday to US authorities, including the Federal Aviation Administration (FAA), the source said.

However, the source said the investigation is still underway and officials may still find another culprit in the tragedy.

The information was first reported by The Wall Street Journal.

Boeing and the FAA declined to comment to AFP.

It was yet another blow to the aviation giant, which just this week unveiled a fix to the Maneuvering Characteristics Augmentation System (MCAS).

It has tried to restore its battered reputation, even while continuing to insist that the MAX is safe.

The MCAS, which lowers the aircraft's nose if it detects a stall or loss of airspeed, was developed specifically for the 737 MAX, which has heavier engines than its predecessor.

The initial investigation into the October Lion Air crash in Indonesia, which killed all 189 people on board, found that one of the "angle of attack" sensors failed but continued to transmit erroneous information to the MCAS.

The pilot tried repeatedly to regain control and pull the nose up, but the plane crashed into the ocean.

The flight track of the doomed Ethiopia Airlines flight, which also crashed minutes after takeoff, "was very similar to Lion Air (indicating) there was very possibly a link between the two flights," FAA acting chief Daniel Elwell told Congress this week.

The FAA grounded the MAX fleet worldwide, but not until two days after most countries had done so.