Donald Trump, at loggerheads with several mainstream media outlets, has quite often described them as "fake media". 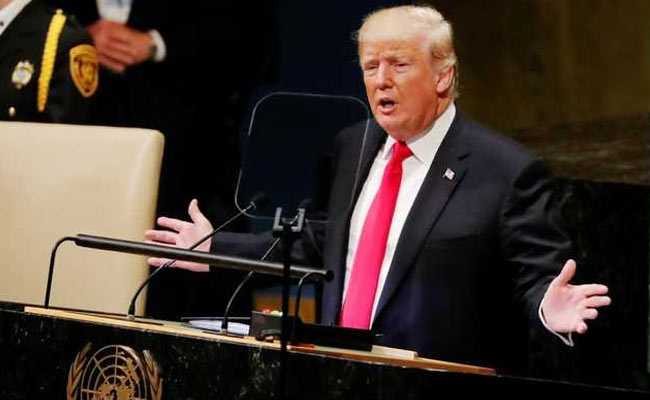 Trump has been briefed multiple times on the investigation relating to the spate of bombs.

US President Donald Trump on Friday lashed out at CNN for blaming him for the current spate of bombs being sent to present and former high-ranking officials including his predecessor Barack Obama, saying it is "funny" how he is being criticised by the cable news network and others.

The President, who has been at loggerheads with several mainstream media outlets including CNN, ABC News, The New York Times and The Washington Post, has quite often described them as "fake media".

The FBI is investigating the case. Most of these explosives are crude pipe bombs coming in a similar kind of yellow packages with a return address of Florida. One of these packets went to CNN office in New York.

Over the past two days, Trump has been briefed multiple times on the investigation relating to the spate of bombs. Coming less than a fortnight before the mid-term elections, Democratic opponents and some media outlets led by CNN have blamed this for his rhetoric against the press.

Funny how lowly rated CNN, and others, can criticize me at will, even blaming me for the current spate of Bombs and ridiculously comparing this to September 11th and the Oklahoma City bombing, yet when I criticize them they go wild and scream, "it's just not Presidential!"

CNN and the White House have been engaged in a war of words on this issue, with CNN charging the administration of being insensitive.

Democratic party, CNN and many other media outlets said that Trump's rhetoric and also his anti-press statement is responsible for the current divisive atmosphere in the country. Trump has blamed the media for this and have asked them to play a responsible role.