Ethiopian Airlines Crash: A spokesman for France's BEA air accident investigation agency said the flight data and cockpit voice recorders would be handed over to the agency later in the day. 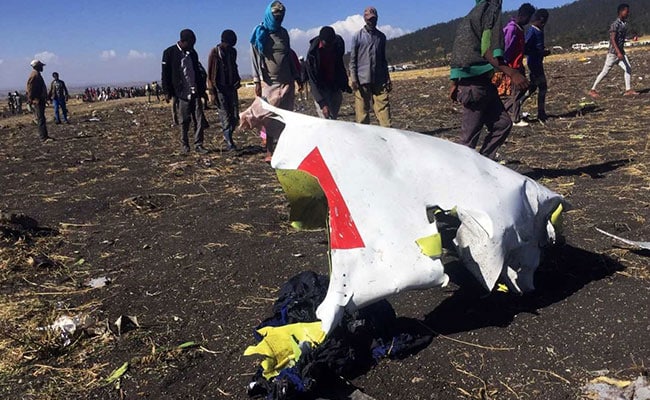 Two black boxes from the Boeing 737 MAX airplane that crashed in Ethiopia arrived on Thursday in Paris for expert analysis, officials said, as regulators around the world awaited word on whether it was safe to resume flying the jets.

A spokesman for France's BEA air accident investigation agency said the flight data and cockpit voice recorders would be handed over to the agency later in the day.

Their data are critical to finding out what caused the brand new aircraft to plunge to the ground shortly after taking off from Addis Ababa on Sunday.

Following the lead of other global aviation regulators unnerved by the second crash involving a 737 MAX in less than five months, the U.S. Federal Aviation Administration (FAA) issued orders on Wednesday for the planes to be grounded.

Boeing, which maintained that its planes were safe to fly, said in a statement that it supported the FAA move.

"Boeing has determined - out of an abundance of caution and in order to reassure the flying public of the aircraft's safety - to recommend to the FAA the temporary suspension of operations of the entire global fleet of 371 737 MAX aircraft."

The FAA along with the National Transportation Safety Board, the Ethiopian civil aviation authority, and Boeing, have been investigating the crash at the site, some 60 km (around 40 miles) outside the Ethiopian capital.

On Thursday morning in Addis Ababa, grieving relatives of some of the 157 victims of Sunday's air disaster boarded buses for a three-hour journey to the crash site.

Others described their visit on Wednesday to the arid farmland where the passenger jet crashed.

"We saw where he died and touched the earth," said Sultan Al-Mutairi, who had come from Riyadh to mourn his brother, Saad, who ran a recruitment agency in Nairobi and perished in the crash.

Experts say it could take weeks or months to identify the victims, as their remains were scattered, charred and in fragments due to the impact of the crash and ensuing fire.

Frustration is growing among the families of victims of the crash who are in Addis Ababa. On Thursday morning, some asked Ethiopian Airlines for greater transparency.

Both the Ethiopian Airlines crash and a Lion Air crash in Indonesia occurred just minutes after take-off.

Fresh information from the wreckage in Ethiopia and newly refined data about the plane's flight path indicated some similarities between the two disasters "that warrant further investigation of the possibility of a shared cause," the FAA said in a statement.

Acting FAA administrator Daniel Elwell said he did not know how long the U.S. grounding of the aircraft would last. A software fix for the 737 MAX that Boeing has been working on since a fatal crash last October in Indonesia will take months to complete, Elwell told reporters on Wednesday.

Deliveries of Boeing's best-selling 737 MAX jets were effectively frozen, though production continued, after the United States joined a global grounding of the narrow-body model over safety concerns, industry sources said.

All 737 MAX jets have now been grounded, flight tracking website FlightRadar24 said. An Air Canada flight from San Francisco to Halifax was the last to land late on Wednesday.

With the uncertainty hanging over the 737 MAX, a French presidential source said European planemaker Airbus and Ethiopian Airlines are discussing a possible new contract as part of the airline's fleet overhaul.

Airlines operating the 737 MAX jets that have been delivered since its 2017 debut said they had cancelled some of their flights and rearranged schedules to use other jets in their fleets.

"Our goal is to operate our schedule with every available aircraft in our fleet to meet our customers' expectations during the busy spring travel season," said U.S. carrier Southwest Airlines Co, the world's biggest operator of the 737 MAX.

(Except for the headline, this story has not been edited by NDTV staff and is published from a syndicated feed.)
Comments
Ethopian AirlinesEthopian Airlines CrashBoeing 737 MAX